Why Ocon wants Schumacher as Alpine F1 team-mate in 2023 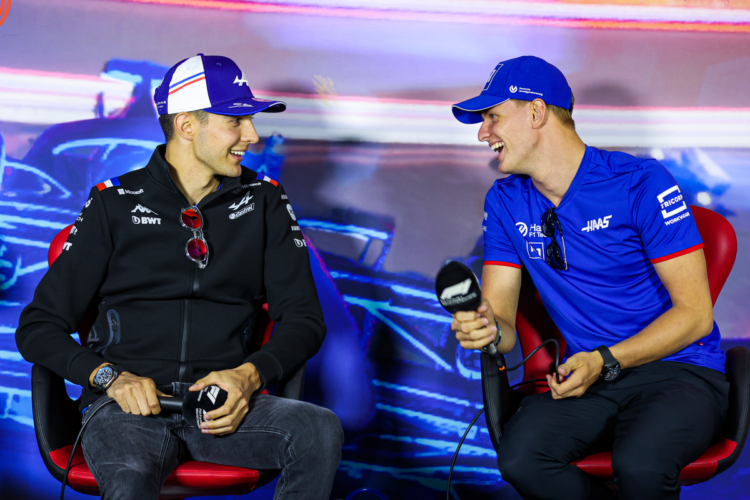 Esteban Ocon says that if he had the choice of who he could pick for his team-mate at Alpine F1 in 2023, he would choose Mick Schumacher.

The French constructor is yet to decide who will replace Fernando Alonso after his decision to join Aston Martin Racing for his record-breaking 20th season in Formula 1.

The decision made at the start of August marked the start of the infamous silly season which has seen contract disputes, retirements and a number of seats still in question.

Amid rumours of AlphaTauri’s Pierre Gasly being the favourite to take the vacant seat at Alpine, Ocon has other ideas for who he would like to partner up with.

“People know that my choice, if I had anything to say, would be Mick, if he doesn’t have anything lined up next year.

“But on my side whoever it will be, I will be focused on my job, developing the car and trying to pull the team forward and that’s what I want to do.

“Mick is a good friend of mine so if I can help on that, that’s no problem but I think he has shown talents in the junior categories as well.”

Schumacher had a difficult maiden season with Haas F1 in which the German driver didn’t score a single point in back-marker machinery.

However this season Haas car has turned up to most grand prix weekends with a competitive car which is well within the midfield battles, with Schumacher taking a career-best sixth place finish at the Austrian Grand Prix.

The team have produced some impressive displays and have seen themselves move up from 10th in the Constructors’ standings to seventh with Schumacher partnered up with veteran team-mate Kevin Magnussen.

The future of Schumacher’s career in F1 is still in doubt with his contract at Haas expiring at the end of the season.

Along with his ties to the Ferrari Driver Academy also expiring at the end of the season, there is potential that the 2020 Formula 2 champion finds himself without a seat in next years campaign.

“Sometimes in Formula 1 it’s not easy to perform with a car that’s a bit on the back foot,” Ocon said. “I’ve had that when I started in F1 and I’m sure you know he’s a great guy.”

“He could perform very well if he joined a competitive car and at the moment the Alpine is competitive. That’s just my words, you know there’s going to be nothing taken with the team. I don’t have the decision to take but the team knows that this will be my preference.”