Sainz expects Ferrari to return to form at Dutch GP 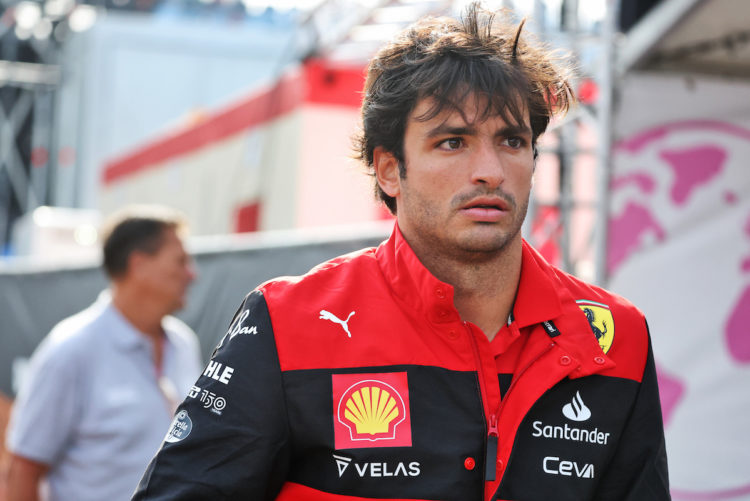 Carlos Sainz says that he expects Ferrari will return to its pre-summer break form this weekend at Zandvoort, following its disappointing weekend last time out at Spa-Francorchamps.

Red Bull took a one-two finish in Belgium, while Sainz and team-mate Charles Leclerc classified in third and sixth respectively.

Red Bull was evidently the fastest team at Spa, with Max Verstappen taking the grand prix win despite starting from 14th on the grid.

Although Ferrari couldn’t compete with the championship leaders last time out, Sainz expects the Italian squad to bounce back at Zandvoort.

“I think we should just be going back a bit to where we were before the summer break,” Sainz said.

“I think Spa was a great example of how an off weekend can change perception so much in Formula 1.

“I don’t think we are as bad as it seems. And I’m pretty sure that we can be back on from this weekend and be fighting again for pole and win.”

Red Bull currently holds a sizeable lead in both championships, with Ferrari trailing Red Bull by 118 points in the Constructors’ standings.

Verstappen also has a healthy lead in the Drivers’ table and looks to be en route to back-to-back F1 titles.

Despite Ferrari’s current margin over Red Bull in the championship, Sainz has hailed the Italian squad for the work it has done to improve its car this year, following a handful of seasons competing further down the order.

“We’re learning a lot, race by race,” he said. “For me, I think the team has produced a very strong car, which is something that was our main target – to get back to the top and back enjoying fighting at the front of the grid.

“But I see a very solid team, a solid atmosphere in the team that we can just keep improving for this and make sure that for next year we can do another step and not only fight for race wins, but also make the race wins happen a lot more often and get the championship.”