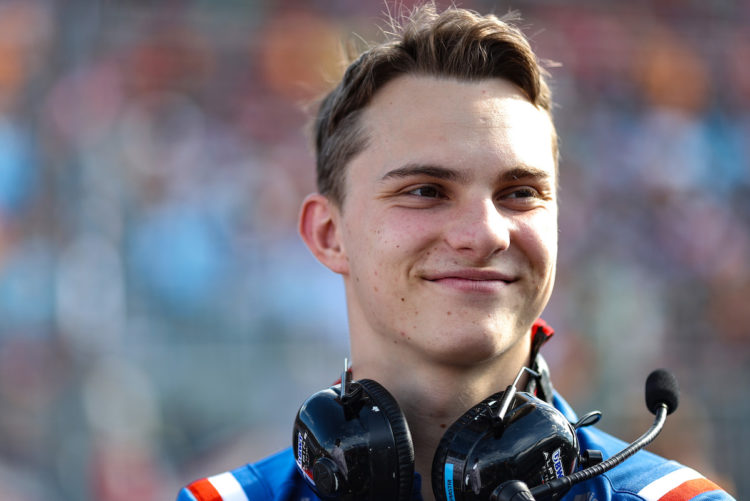 Oscar Piastri will make his Formula 1 debut in 2023 with McLaren after the FIA’s Contract Recognition Board rules in his favour.

Piastri has been the subject of a contractual saga over recent weeks after he refused a drive with Alpine for next year.

The 21-year-old has been associated with Alpine for a number of years, and undertook a test programme this season in anticipation of a full-time F1 promotion.

However, Piastri denied that he would race with Alpine shortly after it announced him as Fernando Alonso’s replacement for 2023.

It was believed that he had signed an option with McLaren, which has now officially been confirmed by the team, after the CRB reached a unanimous decision that his deal with McLaren was the only valid option.

“I’m extremely excited to be making my F1 debut with such a prestigious team as McLaren and I’m very grateful for the opportunity that’s been offered to me,” Piastri said.

“The team has a long tradition of giving young talent a chance, and I’m looking forward to working hard alongside Lando to push the team towards the front of the grid.

“I’m focused on preparing for my F1 debut in 2023 and starting my F1 career in papaya.”

Piastri will partner Lando Norris next year, who will enter his fifth season with the Woking-based squad.

The Australian driver was forced to sit on the sidelines for the 2022 season after emerging from the 2021 Formula 2 Championship with the Drivers’ title.

The CRB decision stated that Piastri signed with McLaren on July 4 – seven weeks before the team announced it would part ways with Daniel Ricciardo.

“Oscar is one of the up-and-coming talents coming through the feeder series into F1 and we are delighted to see him join the team for 2023,” said McLaren CEO Zak Brown.

“Winning both F3 and F2 in successive rookie seasons is a real achievement and testament to his talent in single-seater racing.

“In Lando and Oscar we have a young, exciting F1 line-up with a huge amount of potential, standing us in good stead to achieve our future ambitions.

“Oscar is an exciting addition to the McLaren family, and we look forward to seeing him grow with our F1 team.”