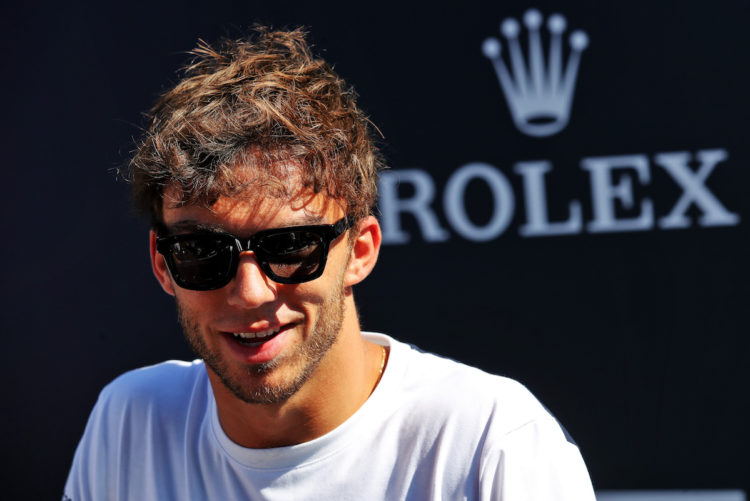 Pierre Gasly has assured that the footage of him saying he was settling the “final details of the contract” is not related to Formula 1, amid rumours that he is set for a switch to Alpine.

Prior to the drivers’ parade at Spa-Francorchamps last Sunday, Gasly was seen walking with George Russell and Charles Leclerc.

His voice was picked up by a nearby microphone, in which he was heard saying: “I’m still working on the final details of the contract.”

In recent days, the Frenchman has been heavily linked with a move to Alpine for the 2023 Formula 1 season.

A vacancy has emerged at the Enstone-based squad following Fernando Alonso’s decision to depart the team for Aston Martin in 2023.

However, Gasly asserts that the comment was nothing to related to F1.

“If you guys would have only any idea of the subject we were talking about, you would probably laugh,” he said. “Definitely, I can guarantee you it was nothing about Formula 1.

“George was talking about marriage, or wedding things, so you can figure out it wasn’t marriage related.”

Gasly is being linked to Alpine despite having a contract in place with AlphaTauri for next year.

Some have also commented that he may not gel well with Ocon, as it has been reported in the past that the two have an uneasy relationship.

Although he declined to officially confirm his plans for 2023, he suggested that he would have no issue working with Ocon.

“To me, I don’t feel like commenting anything for the moment. I’m with AlphaTauri and giving my best for AlphaTauri,” he said.

“Obviously we [Gasly and Ocon] know each other for years, have a lot of respect for each other as drivers, that has been always the case. He’s a really fast driver and I think we both respect that.”