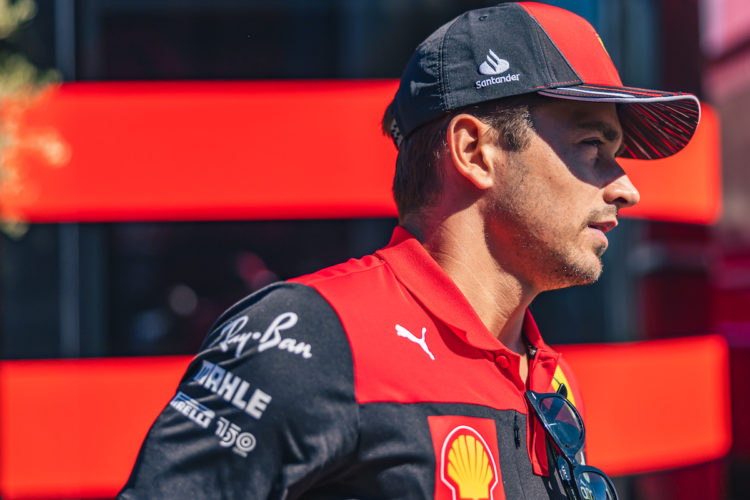 Charles Leclerc says he has not lost faith in the Ferrari Formula 1 team amid a run of questionable strategy calls.

The team has come under criticism for some of the decisions that have been made this year – including at the most recent Belgian Grand Prix.

Leclerc was running in fifth place late on in the race, with Ferrari opting to pit him for fresh Soft tyres in a bid to take the fastest lap.

The move dropped him behind Fernando Alonso, and although Leclerc was able to overtake the double World Champion, he was demoted in the final classification after being found guilty of speeding in the pit lane.

Despite the blunder being the latest in a run of erroneous calls, Leclerc asserts that he still has full faith in the Ferrari outfit.

“We need to keep the trust in the team,” Leclerc said. “I think this is super important, especially whenever you find more difficult moments.

“Overall as a team we are very united and I do fully trust the team. We always try to improve the process.

“On my side I always try to push to be better and better and that’s what we do. Whatever is said outside I try not to pay attention to it and try to focus on ourselves to get better.”

Prior to his pit stop in Belgium, Leclerc stated over team radio that the team “shouldn’t risk” taking the visit into the pits.

When asked if he can overrule them in such a situation, Leclerc said: “I think in this particular situation it’s not like it’s a call for a real pit-stop for the race, it’s more whether you go for the fastest lap or not, no?

“In this type situation maybe but this is not where I want to get. As a team we just want to get better and take the right decision together.”