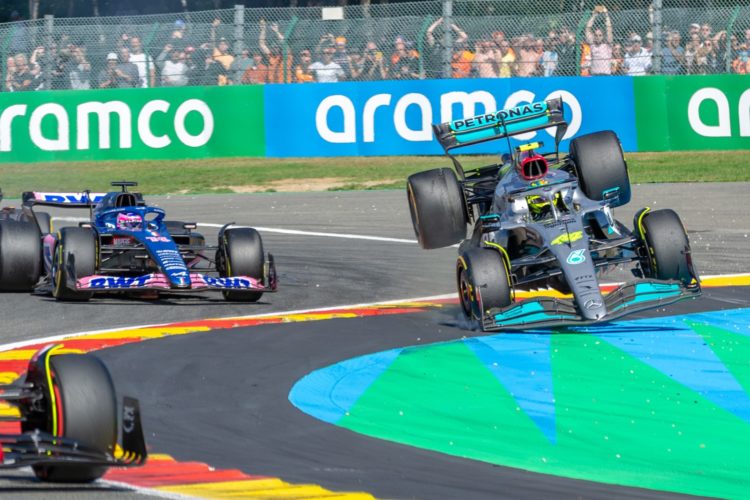 Fernando Alonso says he regrets his comments made “in the heat of the moment” at the start of Formula 1’s Belgian Grand Prix.

Alonso made contact with Lewis Hamilton while battling over second position on the opening lap at Spa-Francorchamps.

Hamilton retired shortly after the collision while Alonso continued, going on to finish fifth.

Formula 1 broadcast a message in which Alonso labelled Hamilton “an idiot” and suggested the seven-time world champion only knows how to lead from the front.

Speaking on Thursday, ahead of the Dutch Grand Prix, Alonso said Hamilton is “a champion, and a legend of our time” but conceded “it made a huge thing.”

“When you say something, and I’m sorry to repeat this, against a British driver, there is a huge media involvement after that.

“Yes I apologise. I’m not thinking what I said, I don’t think that it was much to blame in that moment looking at the replays to be honest, because it was a first-lap incident and we are close together.

“I will hopefully see him today. When we are doing the TV pen I will approach him and say sorry if he understood in that way. I have absolutely no problems with him and I have huge respect for him.”

Alonso nonetheless reiterated his long-held belief that radio messages in Formula 1 should not be transmitted.

“When you say something on the radio, in that moment you think you are talking to your engineer, so you are preparing the strategy, you start in the top three, you overtake Checo in the first corner and are running second,” said Alonso.

“And then something happens and you say something to your mate. To your colleague, to your engineer in that moment.

“As I said, it is the only sport… In football, in tennis, in whatever, you have your moments of privacy with your team and you prepare everything better. I know it’s part of the show.

“All the things broadcasted on the radio are a bit spicy because the sport wants that spice into the race. They never said go to ‘dif position five’ because it’s not interesting and it’s what we talk about every lap.

“I understand that but unfortunately the measure you will have to take to avoid broadcasting things you are not thinking, or in the heat of the moment, is to stay quiet all the time.”