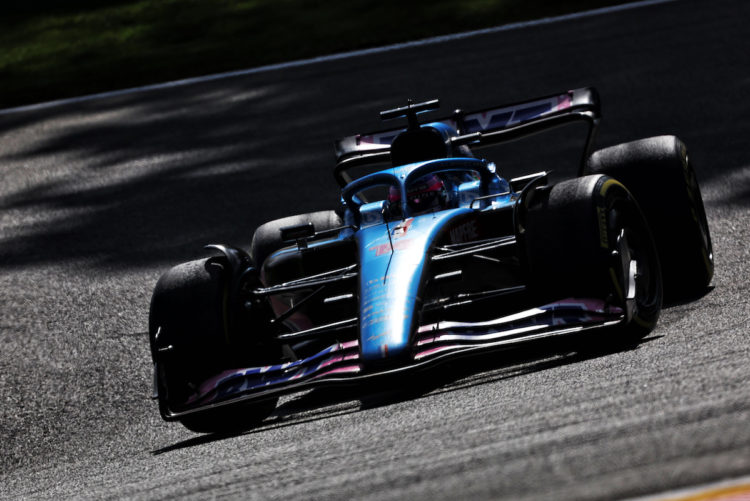 Fernando Alonso says he aims to achieve a “dream” podium result before his leaves Alpine at the end of the 2022 Formula 1 season.

Alonso will join Aston Martin in 2023, having returned to the sport last year with Alpine following two seasons completing other racing projects.

The two-time World Champion has largely been competing in the midfield since his move back to the sport.

However, he returned to the podium at last year’s Qatar Grand Prix, which marked his first top-three finish since 2014.

With just a handful of races remaining in the 2022 campaign before he departs Alpine, he says that he hopes to end another race on the podium.

“I hope to keep this consistency; as you said eight consecutive times in the points,” he said, prior to his run to fifth place in Belgium.

“Barcelona: we changed the engine, we started last. So even with those difficulties, we kept scoring points. So yeah, I hope to have a good weekend here, a clean weekend.

“The car is strong now. We’ve been improving a lot in the last few months and yeah, I hope top five or top six is possible here.

“And also I talked  with my engineers, mechanics and these remaining nine races, we want to finish on a high and a podium will be a dream for us and who knows when that possibility will come?”

Alonso has penned a multi-year deal with Aston Martin, with Alpine only willing to provide with a one-year extension.

The Spaniard is the oldest driver on the grid, having recently turned 41 years of age – however Aston Martin has no concerns over Alonso’s age.

“No concerns at all,” said Aston Martin team boss Mike Krack. “We always say that 40 is the new 30. So from that point of view he’s quite a young driver then!

“We have no such concerns. He’s demonstrating today that he’s still super fast and we do not expect any drop off at all.”