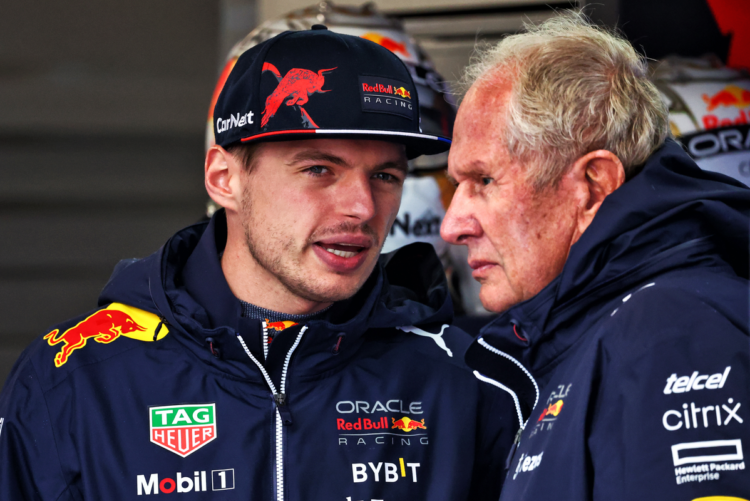 Marko was delighted with Verstappen’s performance in the Belgian Grand Prix, also stating that his father Jos Verstappen was confident of the victory before the race had even started.

Verstappen was forced to start from 14th on the grid due to taking on new Power Unit components.

Following the conclusion of the race, Marko was asked if Verstappen could have achieved the feat even if he had started from the very back of the grid to which he replied: “I think so.”

“We knew already before the break that we would change the engine here and thought, ‘Okay, let’s at least try to get points’ but after the qualifying lap we thought a podium should be possible. But Jos said, ‘No, he will win’.”

Verstappen was untouchable in Saturday afternoon’s qualifying session with the 2021 World Champion setting a time over six tenths faster than Carlos Sainz in second position.

With the win at Spa-Francorchamps being Verstappen’s ninth in the opening 14 races, he is on course to break the current record of thirteen wins in a single season, jointly held by Michael Schumacher and Sebastian Vettel.

Vettel achieved the feat in 2013 when he also secured the fourth and final World Championship of his career after a four-year era of total dominance.

However, Marko says that Verstappen achieving the record would be more satisfying for the team due to the level of performance this season.

“We haven’t seen dominance like that since then. This time, we have strong opposition,” he said.

“With Vettel, we mainly raced against Ferrari, one year against McLaren but here we race against Ferrari and Mercedes so we are satisfied and we are really proud.“

Next up on the calendar is Verstappen’s home grand prix in Zandvoort and while he will be a favourite to add a 10th win to his tally for the season, Marko has made it clear that his 93 point lead in the Drivers’ standings takes the pressure off the 24-year-old’s shoulders.

“The good thing is we don’t have to win every race. If we see we can’t win, okay, we go for points.

“There are still eight races to go. I believe we have to win two or three more to be safe in the Championship.

“At Zandvoort, you have to qualify very well, because overtaking is very difficult and you don’t know what the weather forecast is, if it’s windy, or if there’s sand on the circuit.”