Ferrari: Pitting for fastest lap attempt was the right call 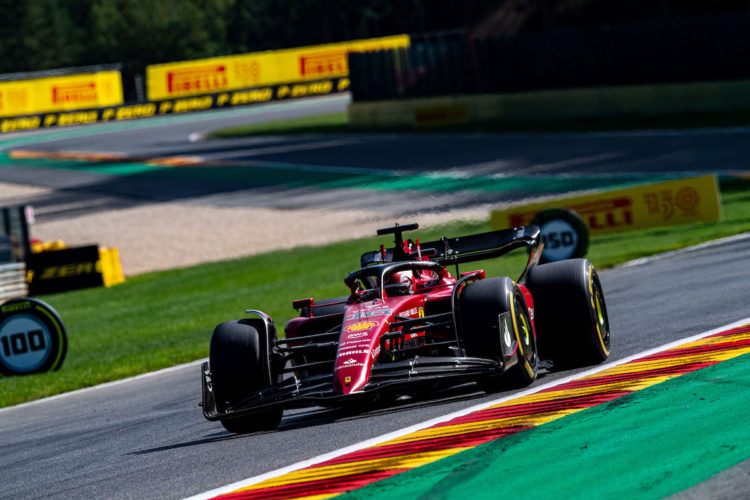 Ferrari Team Principal Mattia Binotto says calling Charles Leclerc into the pits at the Belgian Grand Prix in an attempt to steal the fastest lap was “the right call”.

Leclerc was running in fifth place amid a difficult race at Spa-Francorchamps on Sunday, with Ferrari opting to fit Leclerc with Soft tyres in the final stages to secure the fastest lap.

However, the Monegasque driver emerged from the pits behind Fernando Alonso, and despite overtaking him, he was penalised for speeding in the pit lane.

He also didn’t complete the fastest lap time, and the penalty dropped him down to sixth, further denting his hopes of a championship comeback in the second half of the season.

The mishap comes at a time when Ferrari’s strategy calls are being heavily questioned – but Binotto doesn’t believe there is a need for a shake-up.

“No, no, I think there is no need at all,” he said. “Obviously there is always a need to improve and there are lessons learned which we are looking and reflecting.

“But if I look back at the season I think there is a lot of perception from outside about what are the truth and the reality, sometimes we are not doing mistakes which have been perceived as mistakes.

“More than that if I look at today and focus on today I think the call to stop was the right call. You need to be brave in F1.

“There was an opportunity for us to get the fast lap and there was the margin on Fernando to stop and to try to go for it I think was the right decision.

“We knew it would have been very close to Fernando, it was just losing the position, but we knew we could have overtook him back we had the fresher tyres and that could have helped in terms of DRS and top-line speed on the main straight.

“Once again I think it was the right decision.”

Leclerc’s race was hampered early on when he was forced to make an unscheduled pit stop to remove a visor tear off that became lodged in his brake system.

Binotto says that the overheating issue that the tear-off caused was linked to Leclerc’s late-race overspeed in the pit lane.

“The reason we overspend is simply we were borderline, I think it was 0.1kph of the average speed in the pit-lane, just to be aware that [we were] unlucky,” Binotto said.

“We were not using our normal sensors measuring the speed because they have been failed during the overheating of the front-right due to the tear-off of Max.

“Our recovery strategy maybe was not such accurate. I think overall it has been an unlucky situation and we should not stop deciding to be brave to go for a fast lap when conditions are there to go for it.”