Did Verstappen unravel Leclerc’s race with visor tear off? 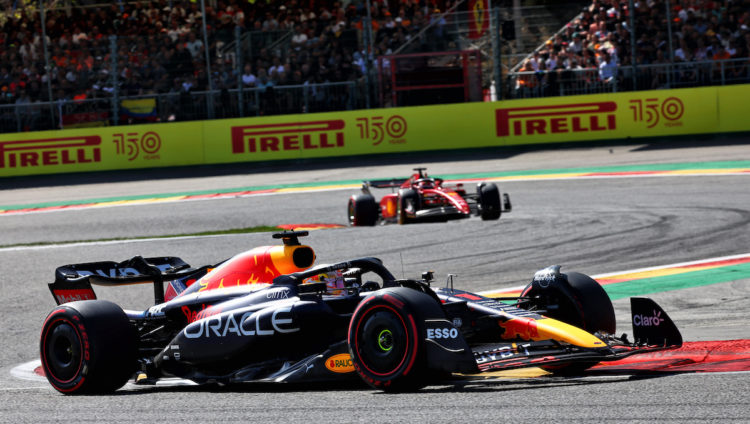 Charles Leclerc endured another difficult Formula 1 weekend in Belgium, as his title hopes took another major dent with a run to sixth place.

The Ferrari driver took on a new Power Unit for the event, which resulted in a grid penalty for Sunday’s grand prix.

While rival Max Verstappen, who was also demoted to the down the order with a new Power Unit, was able to carve through the field to win the race, Leclerc’s afternoon was far from smooth.

Behind an early Safety Car, he was forced into the pits to make an unscheduled pit stop after reporting smoke from the front right section of his car.

Ferrari stated that it discovered it was a helmet visor tear off that got lodged in his brakes system – and it may have come from Verstappen.

“It was super-hectic [on the opening lap], and so much dirt as well, like I pulled off my tear-off because I barely could see anything just because of the previous sector, like everyone just going on the grass, on the gravel, but we survived without damage,” Verstappen said.

On board cameras show Verstappen ripping a tear off from his visor and releasing it outside the car, as is the standard practice for all drivers.

Leclerc was running behind him at the time.

“I hope it’s not mine,” Verstappen said. “But there was a lot of stuff. People were all pulling stuff out and it’s just super unlucky, to be honest, that that happens.

“You’re always scared that it happens, especially when you’re in the pack because… especially on a track like this, you are taking them off very quickly, that is your worst nightmare, that these things happen.”

Leclerc ended the race in sixth place despite crossing the line in fifth.

The Monegasque driver was issued a five-second time penalty for speeding in the pit lane late on in the race, when he made the switch to Soft tyres in a bid to take the fastest lap.