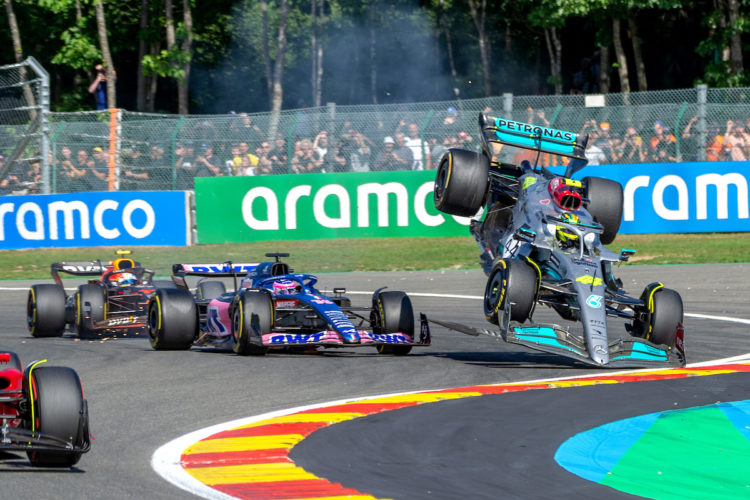 Lewis Hamilton has accepted he was to blame for a race-ending collision with Fernando Alonso on the opening lap of the Belgian Grand Prix.

Hamilton, starting fourth behind Alonso, managed to get alongside down the long Kemmel Straight, but cut across aggressively into Les Combes. Alonso’s front tyre launched Hamilton’s Mercedes into the air.

The pair continued on, before Hamilton was forced to retire with damage.

Alonso fumed over team radio that the Briton “only knows how to start and finish first” before calling him “idiotic.”

Speaking during the race, Hamilton accepted he was to blame having reviewed the race footage.

“Looking back at the footage, he was in my blind spot and I didn’t leave him enough space. So it was my fault today. Just so sorry to the team.”

When asked to comment on Alonso’s team radio, the seven-time World Champion dismissed it as ‘in the moment anger’.

“I prefer not to say anything. We’ve had different results in our careers. These are things you say in the heat of the moment.”

The stewards investigated the collision but chose not to take any action. Alonso finished sixth.