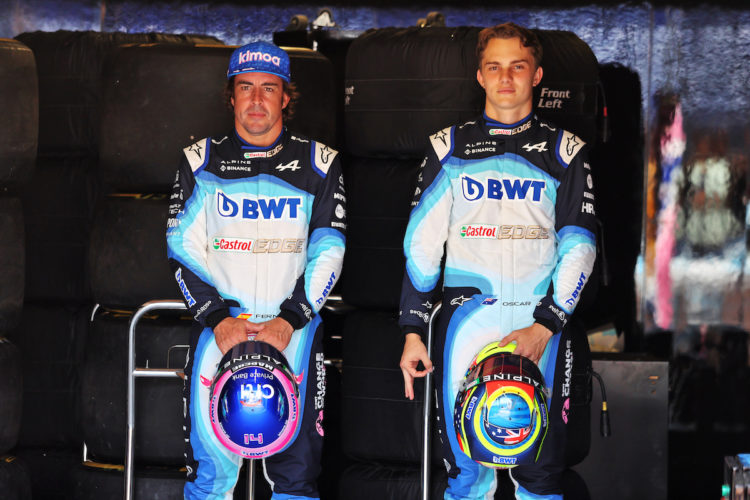 Fernando Alonso says he’s surprised that Oscar Piastri stated he wouldn’t be driving for the Alpine Formula 1 team in 2023.

Soon after Alonso announced that he would be leaving Alpine for Aston Martin next year, Alpine released a statement in which it said Piastri would compete for the team in 2023.

Piastri is spending the current campaign as Alpine’s test and reserve driver, having been part of its junior academy for a number of years.

The Australian driver asserted that he hadn’t signed a contract and that he would not be racing for Alpine during the 2023 campaign.

It is believed that he has an option in place to race for McLaren next season.

The matter will be heard by the Contract Recognition Board, who will meet on Monday after the Belgian Grand Prix to discuss the issue.

Some suggested that a plot against Alpine was conjured, which would see Alonso and Piastri both leave the team at the end of the year –  a claim that Alonso denied.

The two-time World Champion says he was shocked to hear Piastri turn down Alpine: “It’s difficult to comment. Obviously everyone was surprised and I was.

“But I think it’s not up to me to comment on this. It’s more to the team because I don’t know how exactly is the situation. But I was surprised, yes.”

Alonso’s new deal at Aston Martin is a multi-year contract, and it is believed that Alpine was only willing to offer the Spaniard a one-season extension.

When asked if he would’ve signed a multi-year deal with Alpine had it been placed in front of him, Alonso said: “You never know. It was not that specific [of a] talk about the future with them.

“We were moving around in different things and we were not maybe agreeing on the principals.

“It’s not only what you agree in terms of duration of the contract, it is also the trust that you feel and how you feel wanted in a place, you know and if it was just a temporary thing or facts on a timed watch that they are happy with.

“It was always a strange feeling and, as I said, I felt like it was the right decision to move to Aston because they seemed to really want me and appreciate every performance I put in in the last few years.”