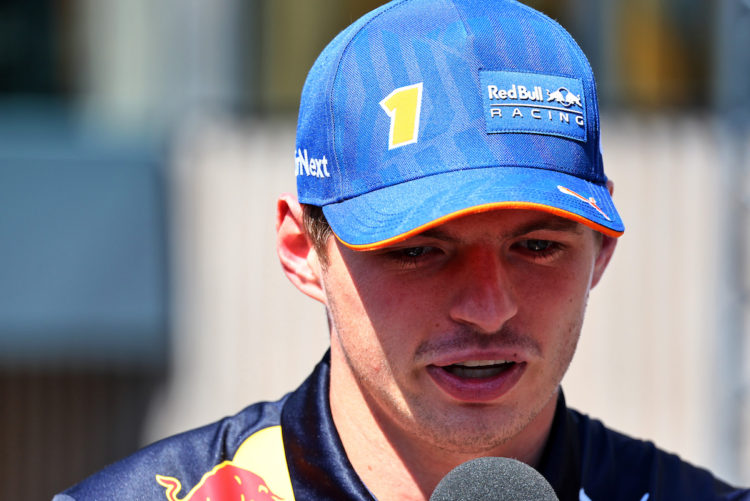 Max Verstappen believes the regulation changes to combat porpoising that are being introduced next year are “over the top”.

Earlier this month, the World Motor Sport Council confirmed that there would be alterations to the 2023 technical regulations, with driver safety cited as the main driving force behind the adjustments.

These changes include raising the floor edges by 15mm, while also racing the diffuser throat height. The stiffness of the diffuser edge will be increased and there will be a mandated sensor to monitor porpoising more effectively.

Red Bull was one of the teams that didn’t suffer much with bouncing, while rivals Mercedes had dramatic problems throughout the opening races of the campaign.

However, in recent events, it seems that porpoising has become less and less of an issue, leading Verstappen to believe that the decision to alter the regulations is unnecessary.

“It will be interesting to see,” Verstappen said. “At the moment, I don’t think it’s very clear how much it’s going to hurt different kind of teams.

“I think it’s a little bit over the top, in the last few races you could see that most of the teams more or less had it under control and also the teams that actually asked for it had it much more under control.”

“I don’t think they are going to necessarily hurt us, let’s say it like that.”

As well as the changes for 2023, there will also be alterations implemented this weekend at Spa.

The FIA will measure porpoising and teams will be expected to operate below a certain threshold to be considered safe on the track.

How much it impacts the running order remains to be seen, however Verstappen currently has a comfortable 80-point gap at the head of the Drivers’ Championship over Charles Leclerc.

However, Verstappen denies that he is becoming complacent with his lead.

“I think it would be wrong to relax, so many things can still go wrong or go right,” Verstappen said.

“I think the intention of ours is we want to win more races. That’s how we approach the remaining races and also beside that, not only winning, we want to be consistent.

“We don’t want to retire, basically how we approached the beginning of the season as well.

“We had our little issues in the beginning but we’ll see how competitive we’re going to be in the upcoming races.”