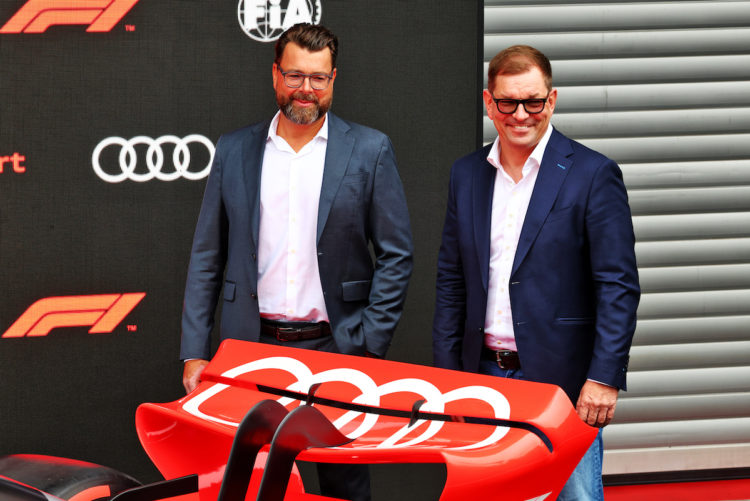 Audi says that recent technical and financial regulation changes to Formula 1 made it “very attractive” to enter the sport.

The German manufacturer announced on Friday that it would join F1 as a Power Unit supplier in 2026.

Its chassis partner has not yet been confirmed, however it is widely expected that it will enter a partnership with Sauber, and acquire a majority share of the F1 team.

F1 has also been operating under a cost cap since 2021, which reduces the spending gap between the teams on the grid.

Audi says that the changes that F1 has implemented meant an entry to the sport became an alluring option.

“Well, racing and motorsport is in the DNA of Audi,” said Audi CEO Markus Duesmann.

“Audi has always been active and been successful in motor racing, and if you think about Le Mans or Rally Dakar that we do now, DTM and Formula E, we have always been very active and very successful.

“We want to continue this success story now in Formula 1 and I think it’s perfect timing due to the new rules that are established now for us to enter F1.

“There are many aspects. We have decided to be a fully electric car manufacturer and F1 changed the rules in a way that we can enter with a very high electric part of the powertrain, with renewable fuels and Formula 1 have installed a cost cap that makes it very attractive for us to enter now.”

Audi is the first new power unit supplier to announce its F1 entry since Honda did so in 2013.

FIA Mohammed Ben Sulayem says the recent changes that F1 has implemented regarding its regulations were necessary to attract new parties to the grid.

“If we didn’t change the PU [regulations], we wouldn’t have given the opportunity for new teams to come,” he said.

“There’s no way a big manufacturer would come as a PU supplier if they don’t have a chance. Nobody would go there to be humiliated. This is the open time now.

“The negotiation was a lot of ups and downs, engaging all the time with Audi, with the teams and with Stefano. So the results are fruitful.”