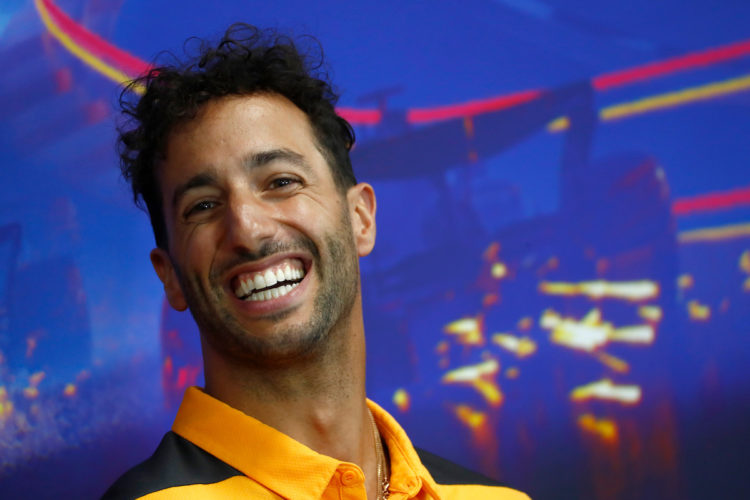 Daniel Ricciardo admits that he’s open to the possibility of sitting out the 2023 Formula 1 season.

Earlier this week, it was announced that he would part ways with McLaren at the end of the current campaign, cutting short his contract by one year.

Ricciardo has struggled for form since arriving at McLaren in 2021, despite scoring a breakthrough victory in Italy last season.

The Australian has not yet confirmed his plans for 2023, however he has been linked with moves to Alpine and Haas.

However, Ricciardo asserts that he could opt to sit on the sidelines next year altogether with the view of returning to the grid for the following campaign.

“If it [a sabbatical] made sense, yes [I would consider it],” he said. “It’s the only racing I’m interested in, this stage of my career, F1 is what I love.

“It’s where I see myself if I’m doing any racing. If the stars don’t align and it doesn’t make perfect sense next year and if it means taking that time off to reset or revaluate, if that’s the right thing to do then I’m willing to.”

Despite his impending exit from McLaren, Ricciardo asserts that there is a weight off his shoulders for the remaining races in 2022 following his split from the team.

“After all this there’s a bit of a weight off the shoulders,” he said. “It’s just ‘go out there and just race, go have fun’.

“I always feel like I have a point to prove. Although the team’s made this decision the team is behind me to make me get the most out of these last nine races and finish on a high.

“There’s a lot of people who support me and want me to do well. I’m not one to drive around and enjoy it, I want to drive round as competitively and fast as possible.

“There’s no slacking off, there’s none of that, it’s just ‘go out, have fun and try and have another Monza moment’.”