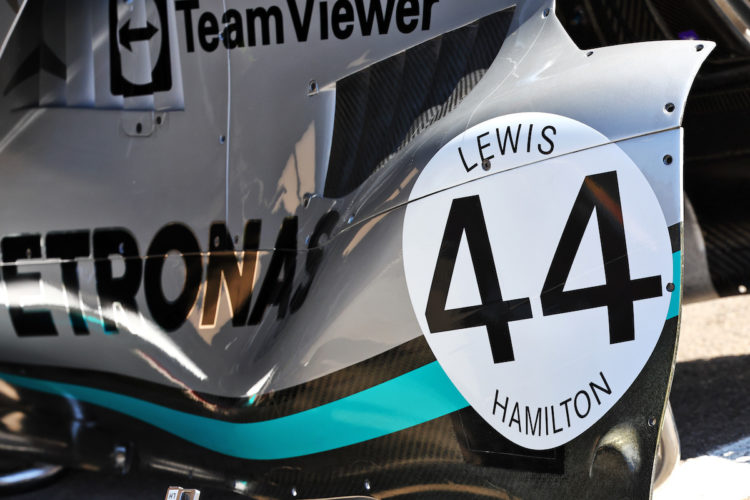 Mercedes will run a slightly revised livery on its W13 Formula 1 car this weekend, as it celebrates 55 years of AMG.

AMG was founded in 1967 by Hans Werner Aufrecht and Erhard Melcher and has been present in motor racing throughout its history.

As a celebration, the cars of Lewis Hamilton and George Russell will run a special AMG logo featuring a 55th-anniversary signet and a large vintage starting number on the W13 side pods.

The F1 Safety Car, which is a Mercedes AMG GT R, will also carry the anniversary signet.

“For 55 years they have been at the forefront of pushing what is possible on four wheels, both on the racetrack and the road. I look forward to getting out on track in the Red Pig this afternoon, an icon in motorsport history.”

Mercedes has previously used celebration liveries, as it ran a retro livery at the 2019 German Grand Prix to commemorate its 125th year in motor racing, as well as its 200th F1 start.

The team enters the second half of the season awaiting its first win of the 2022 campaign, following a difficult start to the sport’s new era.

However, it has improved its form of late, scoring podiums at the previous six grand prix weekends.