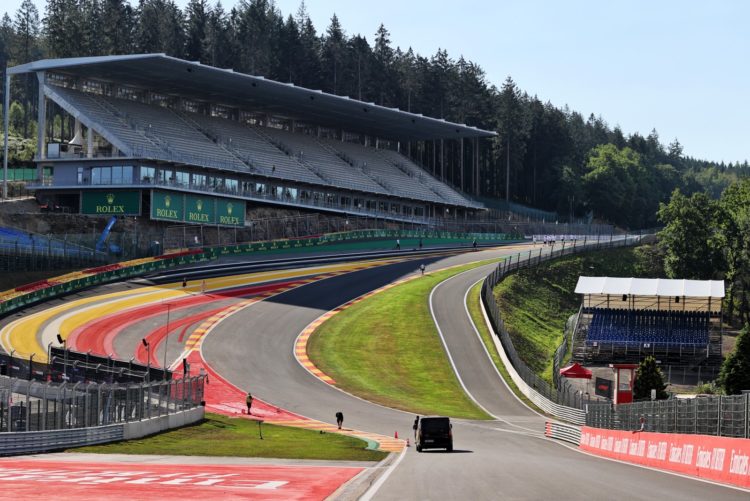 The FIA has outlined the changes made to Spa-Francorchamps ahead of this weekend’s Belgian Grand Prix.

While the layout to the circuit has not been altered since last year there have been several modifications to the run-off areas.

This was predominantly done in order for Spa-Francorchamps to host top-level motorcycle racing.

The biggest visual change comes at Turn 9, where an alternative layout has been created on the inside, though Formula 1 drivers will stick to the old layout.

Gravel has been re-introduced at several corners, most notably at the exit of La Source, meaning drivers can no longer run wide over the run-off.

Gravel has also been added to corners such as Malmedy, Pouhon, Fagnes and Stavelot, while it has also been re-introduced at Blanchimont and Bus Stop.

Several sections of the track have also been resurfaced, in order to smooth out bumps, most prominently the Eau Rouge/Raidillon complex, and the section between Rivage and Speaker’s Corner.

Barriers have also been repositioned and realigned at some turns, most notably the section of track on the outside approaching Eau Rouge, while the run-off at the top of Raidillon has also been pushed back.