Aston Martin denies Alonso will have number one driver status 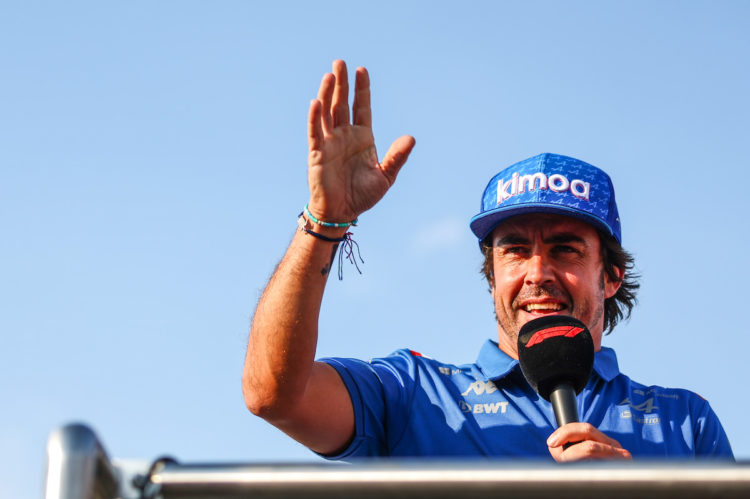 Fernando Alonso will not be the outright number one driver at Aston Martin in 2023, according to Team Principal Mike Krack.

Earlier this month, Alonso confirmed that he would be leaving Alpine at the end of the year to join Aston Martin.

The two-time World Champion will replace Sebastian Vettel, who has opted to retire at the end of the current campaign.

Alonso will partner Lance Stroll at the team, who has been racing for the outfit since 2019 following the takeover by father Lawrence.

But Alonso, who is vastly more experienced and successful, will not have a clear number one status at the team.

“Fernando and Lance will have equal status,” Krack said. “Fernando didn’t ask for anything like that [a number one driver role].

“There’s been talk in the media of him being offered things like number one status and a huge salary, but I can assure you Fernando is not doing it for either the status or the paycheque.

“Of course, the package has to be commensurate with a driver of Fernando’s calibre and experience, but the speed with which the agreement was made tells you that things like salary or the detail of the deal were not the prime motivators for Fernando.

“He said it himself before the break: when both parties want to agree on something, it only takes 10 minutes. What convinced Fernando is the opportunity to be part of a team that’s progressing and where he can make a real impact.”

Alonso is the oldest driver on the grid, recently turning 41 years old.

The Spaniard has signed a multi-year agreement with Aston Martin, and Krack asserts that Alonso’s age isn’t a worry for the team.

“I don’t see Fernando’s age as an issue,” he said. “For me, it doesn’t change a thing. He should be judged on his speed and performance on track – and it’s clear he’s as good as ever.

“I wouldn’t rule out the possibility that there are ample years ahead together, if we can make the progress we need with the competitiveness of the car.

“We underperformed as a team last season and this season; we know we must deliver a frontrunning car.”