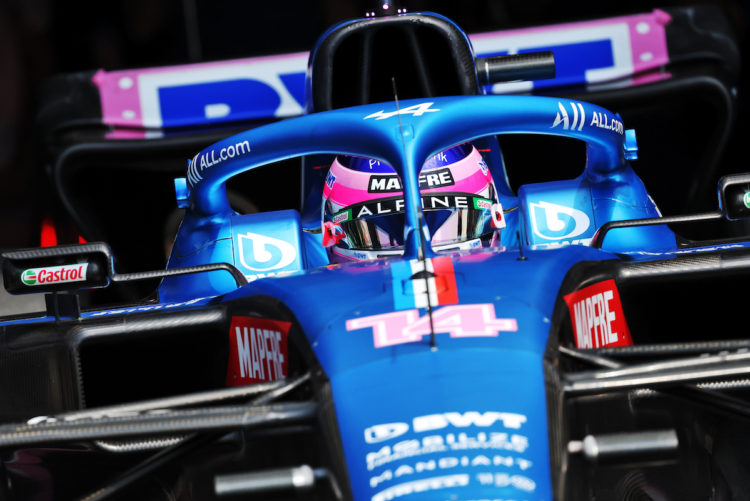 Fernando Alonso says it was “sad and annoying” to read suggestions that there was an internal conspiracy against Alpine surrounding his exit from the team.

Following the Hungarian Grand Prix, Alonso announced that he would leave Alpine at the end of 2022 after signing a multi-year agreement with Aston Martin.

After Alonso’s declaration, reserve driver Oscar Piastri announced that he wouldn’t race for Alpine in 2023 despite an official statement being released by the Enstone-based squad.

Piastri is believed to have an agreement in place elsewhere on the grid, likely with McLaren.

It led to suggestions that Alonso worked closely with Piastri’s manager Mark Webber to leave Alpine in a difficult situation by losing both their experienced star and their young prodigy.

However, Alonso has denied the claim.

“I read that in the first days and honestly it was quite sad and annoying to read that conspiracy,” Alonso said. “I make this decision, I explained why.

“Aston called me after Sebastian [Vettel] retired. If Sebastian had continued this probably would not have happened, the move to Aston.

“They were very clear and very easy decisions from my side and what happened after, and what is happening with Oscar, it is completely not my thing.

“Oscar is an incredible talent for any team and for Alpine and I have been working for him for two years and I wish him the best and also the best for Alpine.

“It’s going to be my team for this year but also my team always on my heart, because we achieved things which were unthinkable when we started the relationship [in the early 2000s].

“I went back to the sport also thanks to Alpine, so I only wish the best for them. Those comments that I read, they were sad to read. I’ve been doing my thing always.”

Szafnauer also stated that he learned of Alonso’s departure through Aston Martin’s press release, which dropped the morning after the Hungarian Grand Prix.

Alonso says that he informed some team members that he would be leaving at the end of the year, but didn’t confer with Szafnauer, who he claims wasn’t part of the negotiation process.

“It’s true, Otmar probably didn’t know anything but I informed Laurent Rossi [Alpine CEO], president Luca de Meo, my mechanics and my engineers before any announcement.

“All the people that were involved in the negotiations were informed before any announcement from Aston Martin.

“Otmar was not involved in the negotiations and yes, probably, Laurent and Luca didn’t call him before the announcement and he was surprised by that.