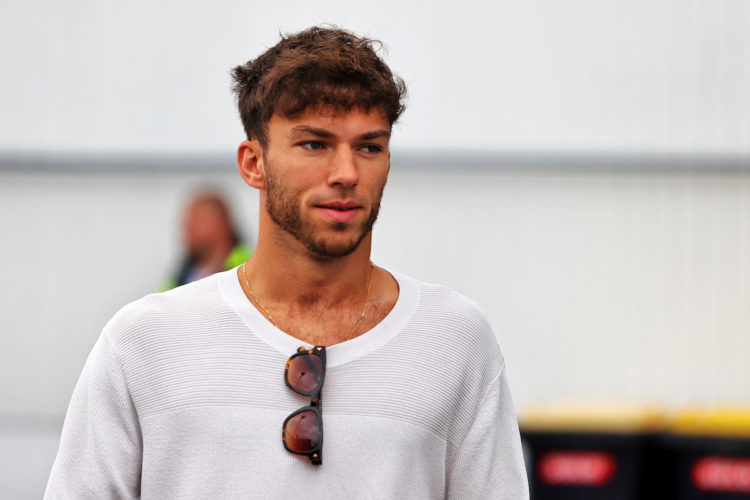 AlphaTauri’s Pierre Gasly is hopeful that his team will be able to enjoy a more successful event this weekend in Belgium compared to recent rounds.

The sport returns following the summer break, with the Spa-Francorchamps circuit hosting the 14th round of the 2022 Formula 1 season.

Having applied a major upgrade to its car in France, Gasly says that the Faenza-based squad is not giving up in the close fight between the midfield teams.

“We will be back on the starting block with three races in three weeks and after the break I am of course excited at the thought of getting back in the car and going racing again.

“The last few races before the break had been rather complicated for us, with no points scored and things did not go our way.

“It was not what we wanted as a team. Since France, we’ve had some updates on the car, which we now understand a bit better. But it’s still complicated and the midfield teams are all very close.

“We’re not throwing in the towel, we are continuing to work hard and give our maximum to try and bring out more performance from the car as quickly as possible, so that we can chase points every weekend.”

Gasly will sit out the first practice session of the weekend, as AlphaTauri is handing an FP1 outing to junior driver Liam Lawson.

The track has had alterations made to it over the last several months, with a number of run-off areas extended and gravel traps added.

Gasly has welcomed the changes, following the death of his friend Anthoine Hubert at the 2019 Formula 2 event.

“Last year at Spa was a washout and this year, we will have our first look at the changes they have made to the track, particularly at Eau Rouge-Raidillon,” he said.

“Following what happened there with Anthoine, they have carried out an in-depth study and this is what they have come up with, along with further changes to some of the run-off areas and gravel traps.”