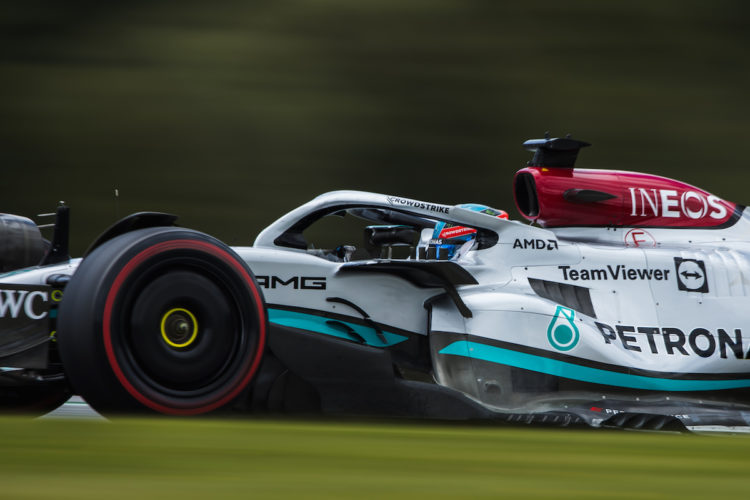 Ex-Formula 1 driver Jean Alesi is not confident that Mercedes will win a grand prix before the end of the 2022 season.

The Brackley-based squad started the current campaign on the back foot following the introduction of new cars, built under a fresh set of technical regulations.

Red Bull and Ferrari started the campaign strongly, and have taken all wins so far this year.

Mercedes, who has been dominant in the turbo-hybrid era, has taken a handful of podiums but is yet to reach the top step of the podium.

Lewis Hamilton recently expressed confidence that it would be able to break its win drought in the second half of the campaign.

But speaking to Give Me Sport, Alesi is not so sure that Mercedes can make the extra step: “By experience, when a car is born with problems, you’re not able to fix it,” he said.

“I don’t really believe they are able to be a winning team, winning Grands Prix, before the end of the championship under normal circumstances.”

Mercedes’ form has improved of late, as it has taken podium finishes at the previous six grands prix.

The team turned heads at pre-season testing, when it showed off its radical slim sidepod concept, with some anticipating that it had found a design that would once again leave it clear of the field.

However it wasn’t the case, and Mercedes spent the opening races of the year attempting to understand the W13 car.

“It’s easy for me to say, but everybody was shocked,” Alesi said of Mercedes’ early-season struggles.

“When they presented the car in Bahrain, everybody said, ‘oh my God, they have made something very special and they’re going to be untouchable’. But lap after lap, they found out the car was nowhere.

“To see Lewis driving a car like that was sometimes embarrassing, because Lewis is a seven-time World Champion. But to see his capacity to still improve the car, that was impressive.

“In Hungary, it was fantastic to see George on pole position and Lewis fighting towards the front.”