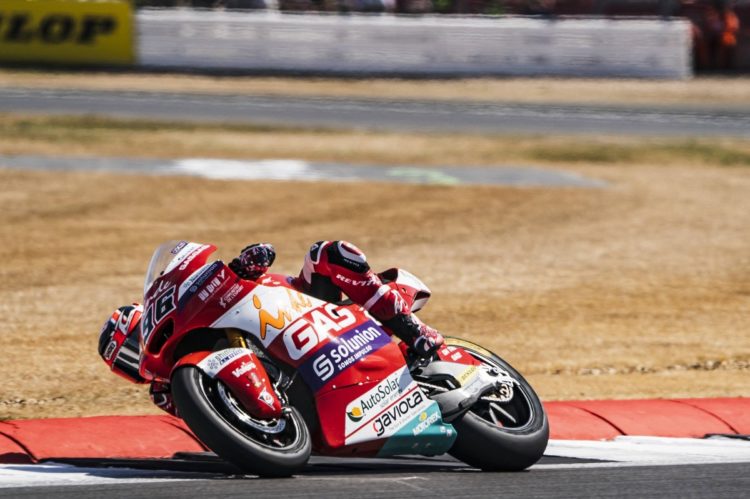 KTM has announced that satellite squad Tech 3 will become GasGas for 2023, with Pol Espargaro to re-join its ranks alongside a yet un-announced team-mate.

The Austrian brand acquired Spanish motorcycle manufacturer GasGas back in 2020, the marque having scored the lions-share of its successes primarily in motocross and cross-country rallies, scoring a debut win in the gruelling Dakar rally this year with British rider Sam Sunderland – though it has also campaigned in Moto2 and Moto3 with the Aspar team for the past two years.

KTM has now elected to bring GasGas into MotoGP competition, with chief satellite team Tech 3 to be re-branded as a GasGas factory operation – ditching the bright orange branding that has adorned its RC16’s for the past two years for GasGas’ signature red.

Espargaro – who rode with KTM’s factory outfit for four seasons until joining the Honda’s official operation for the 2021 term – has been long rumoured to be switching back to the Austrian marque after flattering-to-deceive at Honda, the Japanese manufacturer in the process of signing Suzuki refugee Joan Mir to join Marc Marquez next year.

He currently lies a lowly 17th in the riders standings after the opening 12 contests having scored just 42 points, three less than LCR’s Takaaki Nakagami and a full 18 down on Marquez – despite the latter having missed the last four outings through injury – Espargaro’s only top five of the year coming in the opening race of the year in Qatar where he finished third.

Having scored KTM’s first premier class podium result at Valencia in 2018, Espargaro went on to score a total of five rostrums in the Covid-19 shortened 2020 season en-route to a careers-best fifth in the riders championship before replacing Alex Marquez alongside six-time MotoGP world champion Marc for ’21.

The second seat looks to be decided between current Tech 3 rookie Remy Gardner and factory KTM rider Miguel Oliveira, with KTM Motorsports Director affirming the brand is keen to “keep Miguel in the family”, despite stoic rumours of the Portuguese rider closing on a deal with the RNF outfit.

Fernandez’s tumultuous relationship with KTM therefore looks to be at an end as a result of Tech 3’s announcement, the 2021 Moto2 vice-champion looking most likely to land at the RNF team for its first season as Aprilia’s satellite squad, though a Moto2 return could be possible should the move fail to materialise.