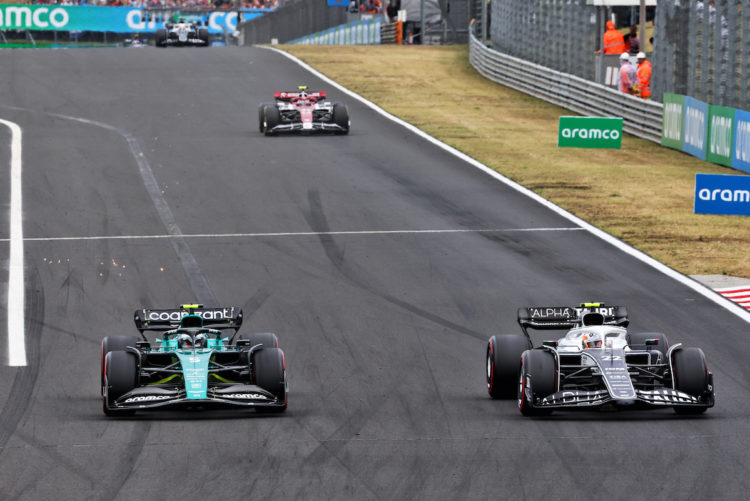 The four-time World Champion has spent the last handful of seasons competing far from the front of the field with Ferrari and Aston Martin respectively.

Last month, Vettel announced that he would walk away from the sport at the end of the 2022 campaign, bringing an end to a highly successful 15-year stint in the sport.

The German achieved a bulk of his success with Red Bull in the early 2010s, winning four consecutive titles from 2010 to 2013.

With his career of late having less-than-favourable results, Horner admits that he doesn’t like to see Vettel racing so far down the pecking order.

“I’m sure he’s going to go on and do some great things,” Horner said. “But it’ll be sad not to see him around. But I think the timing is right for him.

“It’s not nice to see him running around in the middle of the field, he doesn’t deserve to be there. And I think the time is right for him to say, ‘now’s the time for me to call time on Formula 1’.”

Vettel achieved 38 of his 53 grand prix wins with Red Bull, and currently sits third on the all-time F1 win list.

Horner hailed Vettel’s form at Red Bull, describing him as a “formidable” driver during his spell there.

“Sebastian, in his time with us, was incredible,” he said. “He came as a junior, he wrote a letter to Red Bull to see if they would support him locally and out of that came support from the local market, and then from the group, and then through the junior programmes, through Toro Rosso, and then into Red Bull Racing.

“I think the thing that stood out about Seb, was from the very beginning, you could see he was a very focused young man, and his work ethic was totally Germanic.

“He worked hard, he worked late, and he had a great sense of humour. He endeared himself across all areas of the business, whether he was turning up with chocolates for secretaries or learning the lingo in the garage.

“He was formidable in the cars that we produced in that period of time. They were, again, halcyon days in Formula 1: massive competitors, big teams that we were up against, and some outstanding successes.

“He, at that stage, was very focused on achieving, not just success, but achieving and going for records. They meant a lot to him.”