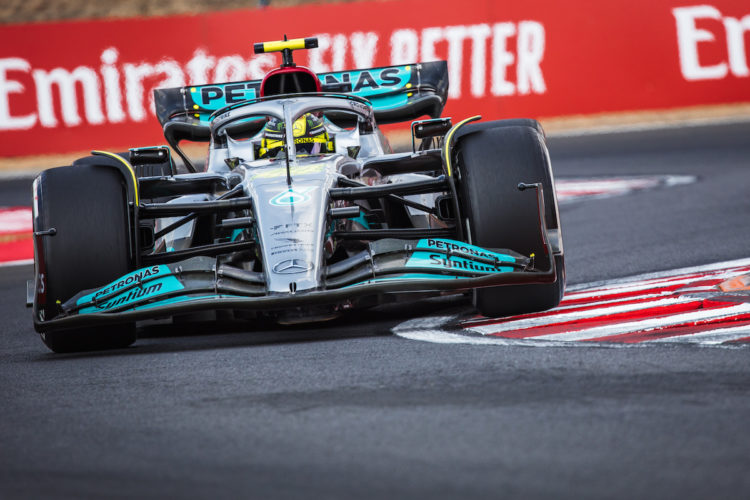 Lewis Hamilton is hopeful that Mercedes will be able to achieve its first win of the 2022 Formula 1 season in the second half of the campaign.

Mercedes started the current year on the backfoot amid the introduction of new technical regulations.

Although it has taken a smattering of podiums in the opening 13 races of the season, it is yet to take to the top step of the podium.

All victory spoils have gone to either Red Bull or Ferrari thus far, but Mercedes’ consistency leaves it just 30 points behind Ferrari in the Constructors’ Championship.

With visible improvements made throughout the year so far, Hamilton is hopeful that Mercedes will make another step in the coming races.

“I hope so,” he said when asked if Mercedes was going to win a race this year. “That’s what we’re working towards.

“I think this weekend [in Hungary], there was a potential for a win. You saw George [Russell] on pole. I think if we had both been up there, I think we probably could have worked a bit better together as a team.

“One of us would have had to support each other strategy-wise. But I think if we are able to take this pace into the second half of the season for sure we can start to fight with the guys.

“This is the first time we’ve been able to fight and battle with a Ferrari. That’s huge for us. I think the Red Bulls probably still are ahead.

“The fact that Max started 11th (sic) and spun and still was 10 seconds ahead says enough about their car but I think we still have made huge progress and huge steps.

“And so to have this consistency and two double podiums in these last two races gives us great hope and a huge push for the second half.”