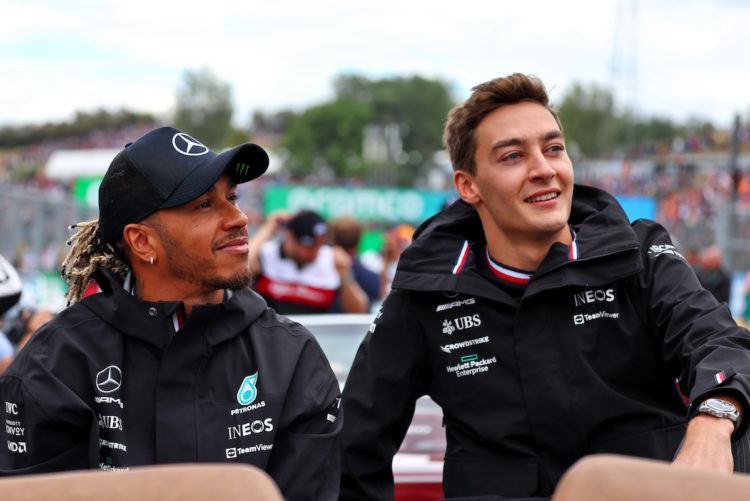 Mercedes team boss Toto Wolff admits that he is expecting team-mates Lewis Hamilton and George Russell to have tension in the future.

Hamilton is currently in his 10th season with the Brackley-based squad, while Russell is enduring his first as a full-time driver, having been associated with the team as a junior driver for a number of years.

Mercedes has endured a difficult start to the 2022 season, competing off the pace of Red Bull and Ferrari.

It is still awaiting its first grand prix win of the campaign, however last time out in Budapest, Russell scored the team’s maiden pole position of the year.

With both Hamilton and Russell working together to deliver Mercedes back to the front of the grid, Wolff thinks that the rivalry between the two will only increase as it becomes more competitive.

“I think the biggest opponent for George and Lewis was the car, not the team-mate or other drivers,” Wolff told the Italian version of Motorsport.com.

“And that was certainly advantageous in some respects. They used different solutions and set-ups, even a lot on some occasions, with the aim of exchanging impressions and useful information to come out of the situation we experienced.

“When the objectives become races and championships, I will be able to tell you whether the respect I see today between the two will prove to be a predominant factor.

“When playing for the highest stakes I think it’s natural to have some tension, but if people fundamentally respect and esteem each other then it will never go too far.”

Hamilton enjoyed a mostly tension-free partnership with former team-mate Valtteri Bottas, who raced for Mercedes from 2017 to 2021.

However, prior to Bottas’ stint, Hamilton endured a fierce rivalry with Nico Rosberg as they went head-to-head for the Drivers’ Championship for three consecutive seasons.