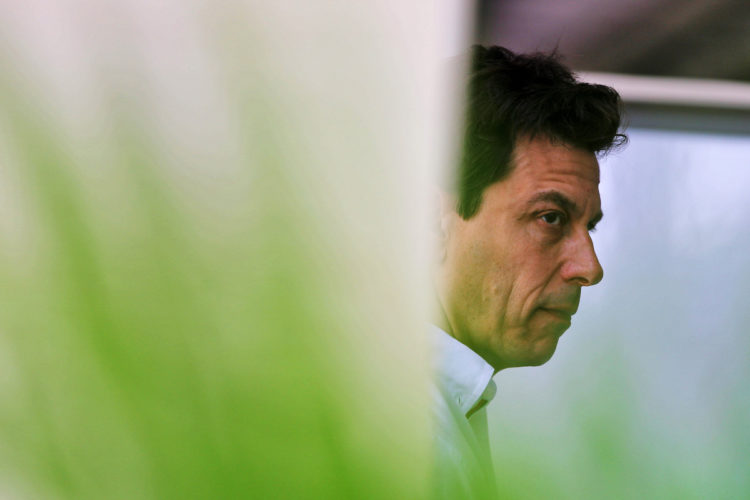 Mercedes team boss Toto Wolff has revealed that he studied Manchester United’s lacklustre results in recent years in a bid to improve his Formula 1 team’s form.

Last year, it missed out on the Drivers’ title to Max Verstappen, however it still managed to score an eighth consecutive Constructors’ trophy.

But in 2022, Mercedes is competing far off the pace of Red Bull and Ferrari, and is set to miss out on a title for the first time in nine years.

Manchester United was once one of the world’s most competitive teams under manager Alex Ferguson, however since his departure, the team has struggled.

Wolff says that he studied the team following Ferguson’s reign in an attempt to avoid repeating their mistakes.

“I studied why great teams were not able to repeat great title [runs],” he told the Financial Times, referencing Ferguson’s United teams.

“No sports team in any sport has ever won eight consecutive World Championship titles and there are many reasons for that, and what is at the core is the human.

“The human gets complacent. You are not energised in the same way you were before. You are maybe not as ambitious.

“I often get the question: ‘How hard is that?’ I had so many periods, so many episodes in my life that I would judge as difficult, that this is not on the same scale.

“I don’t think it’s challenging in a way because I’ve had much harder times in all of my life, not particularly in Formula 1, but this is actually within my comfort zone.”

Despite Mercedes’ current struggles, Wolff admits that he is enjoying the challenge as he sees it as a chance to improve in the long term.

“I would say I’m enjoying getting it wrong at the moment because it’s the basis for long-term future success, I believe,” he said.

“We have had eight consecutive World Championships – that hasn’t been done in any other sport. And I think I know why.

“All these facets have come together to make things more challenging at the moment, but at the end of the day it comes down to physics and we got the physics wrong.”