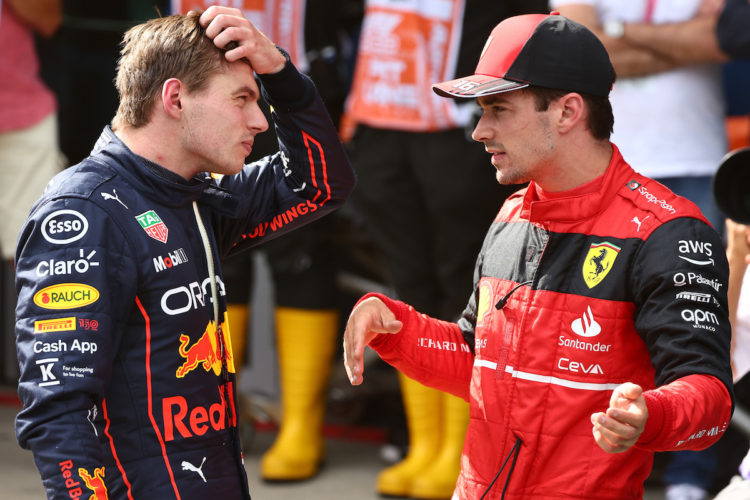 McLaren started the 2022 season on the back foot, and looked to be in serious trouble during the opening race in Bahrain. The Woking squad had all the hallmarks of being backmarkers, in a season in which they hoped to make a leap toward the front of the grid. Although the situation has improved since then, it is still not in possession of a car that is fighting where it wants to be.

Nevertheless, Lando Norris has consistently shown his class and speed, and even bagged a podium finish at Imola, earlier than anyone may have predicted. The young Brit has been on a strong ladder of growth since 2019, and for the second year running, he is dismantling his much more experienced team-mate Daniel Ricciardo, whose position for 2022 currently has a sizable question mark over it.

Ricciardo was supposed to be McLaren’s leader, the strong source to build a championship-winning foundation. All indications this year, and last, indicate that it’s Norris who is on course to be the headline driver for McLaren’s future.

Alonso spent his comeback year in 2021 acclimatising himself once again to the world of Formula 1 after spending two years on other projects. While his 2021 campaign was admirable, especially with his Qatar podium, his 2022 season is a step further. Having just turned 41 years of age, Alonso is past the age that one would expect a driver to compete in F1 – let alone doing it with such determination and all round ability.

The two-time World Champion has shown no signs of slowing down, and has now secured a new multi-year deal with Aston Martin as he chases the third title that has escaped him for the last 15 years.

Although he sits behind team-mate Esteban Ocon in the drivers’ standings, poor luck in the early part of the season has amplified his current championship position. Alonso is still a significant player in Formula 1, and there’s little doubt that with the right car, he would be able to challenge those at the front of the field for race victories, and perhaps even the title.

At the halfway point of the season, Leclerc’s championship hopes have been reduced to all but mere wishful thinking. After the opening races, it looked as though Leclerc would be the favourite to take the crown, given his sizeable lead in the championship. But things have not swung his way, and he now sits 80 points behind Max Verstappen in the standings.

Not all of that has been his fault, however. Leclerc has shown admirable speed consistently throughout the season, taking a number of pole positions and a smattering of race victories. But there have been driver mistakes – most notably his spin from the lead in France – but much of the heat from his faltering season rests with Ferrari.

Bemusing strategy calls and reliability issues have severely hampered Leclerc, but nevertheless, the Monegasque driver has shown serious growth since his 2018 debut and now looks ready to compete for the world title. He has a formidable opponent in Verstappen, and just needs one more tiny step to ensure that there’s no doubt over his ability to challenge him. It would be a mammoth compliment, given the raw speed and consistency of the reigning World Champion.

In his debut season at Mercedes, things couldn’t have gone much better for the King’s Lynn native. Although Mercedes’ pace is nowhere near it has been in recent years, Russell has fit in like a glove. Paired alongside Lewis Hamilton is no easy feat, but Russell has comfortably dealt with the pressure.

Although Hamilton has been keen to experiment more with the car set-up amid Mercedes’ year of woe, Russell has consistently chipped away at results and now leads the seven-time World Driver’s Champion in the standings. But through a lack of personal mistakes and a reliable power unit, Russell has picked up a respectable haul of podiums and top five finishes in the first half of the season.

Last time out in Hungary, Russell stunned to take his first pole position, and although the pace wasn’t there on Sunday to travel for victory, it was a strong way to cap off the first half of the season. If his campaign continues in this fashion, there’s a very strong reason to believe that his first Formula 1 victory will arrive in the second half of 2022.

Verstappen simply continued where he left off in 2021. The reigning World Drivers’ Champion has been supreme this year, and could very well break the record for the most grand prix wins in a single season, which stands at 13 (held jointly by Sebastian Vettel and Michael Schumacher). Eight wins have greeted him so far in 2022 and he has built up a sizeable lead in the standings, setting him up for a run to back-to-back Formula 1 titles.

Verstappen is undoubtedly the strongest driver on the grid today. Although his raw speed is significant, his race craft and ability hallmark all the ingredients of a legend in the making.

At just 24 years of age, there’s no telling just how far Verstappen will go with his success in future seasons but 2022 is proving to be very much his year. Not only does that signals a warning to other drivers and teams that they must deliver something special to beat the Dutchman; the chances are that he will improve with age.