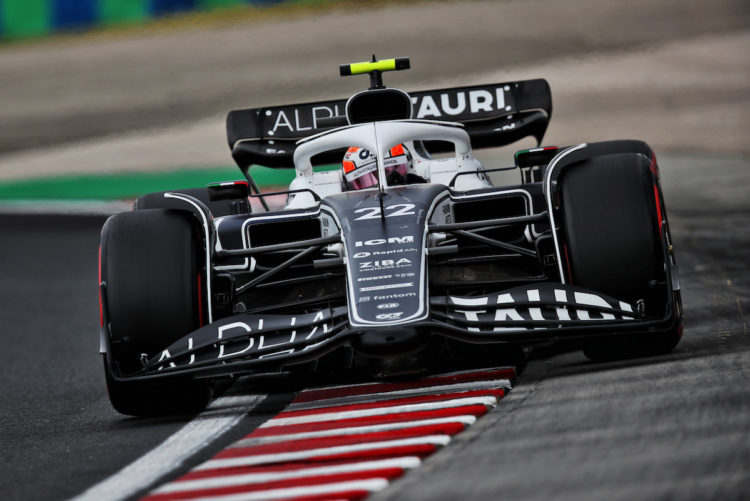 Tsunoda made his F1 debut last year with AlphaTauri, becoming the first Japanese driver since Kamui Kobayashi to race in the sport.

However, on a number of occasions, Tsunoda’s radio comments were bleeped out over the international broadcast, and the 22-year-old became somewhat known for his outbursts.

Speaking to motorsport-total.com, Marko criticised the way that Tsunoda sometimes described the car, stating that he must be more descriptive in his feedback to aid the engineers.

“He learned how to swear in English from Carlin [in Formula 2],” Marko said.

“But if you swear and curse in the middle of a corner, that’s not good. Then you drive slower. We explained that to him that he has to stop it.

“In addition, the engineer can’t do anything with feedback like ‘bloody f*cking car’. We have to know what exactly is the car doing. He has to analyse that and then say it factually.”

Marko added that Tsunoda’s attitude is vastly different to that of Ayumu Iwasa, a Japanese driver competing in Formula 2 that is part of the Red Bull junior programme.

“We have two Japanese in the squad and they couldn’t be more different,” Marko stated.

“He doesn’t care about anything. He’s very emotional. For a Japanese, it’s more of an exception.”

Tsunoda’s position for 2023 hasn’t yet been formally declared, as only Pierre Gasly is currently signed to race for AlphaTauri next year.