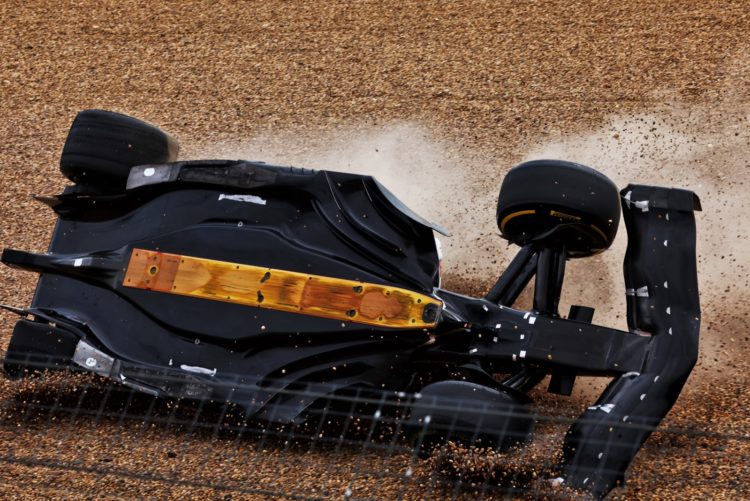 Zhou was involved in a terrifying accident at the start at Silverstone last month after making contact with Mercedes’ George Russell on the approach to Abbey.

Zhou’s car was flipped and dug into the tarmac, before rolling through the gravel and over the barrier, with the roll hoop breaking in the process.

An FIA investigation concluded that the pointed top of the roll hoop digging into the tarmac contributed to the high horizontal force, leading to its detachment from the car.

It also discovered that the current wording of the regulations allows teams to homologate their roll hoops with forces ‘acting through a lower point than intended’ – the result being that the roll hoop is then resisting forces lower than originally intended by the regulations.

As a consequence a rounded top of the roll hoop will be mandatory, which will reduce the chance of it digging into the ground during an accident.

The FIA has also altered the tests surrounding roll hoop homologation, including one where the load will push the roll hoop in a forward direction.

It was outlined that as a medium-term objective, intended for the 2024 season, there will be a significant overhaul of the roll hoop tests to ensure cars can resist significantly more severe loads.