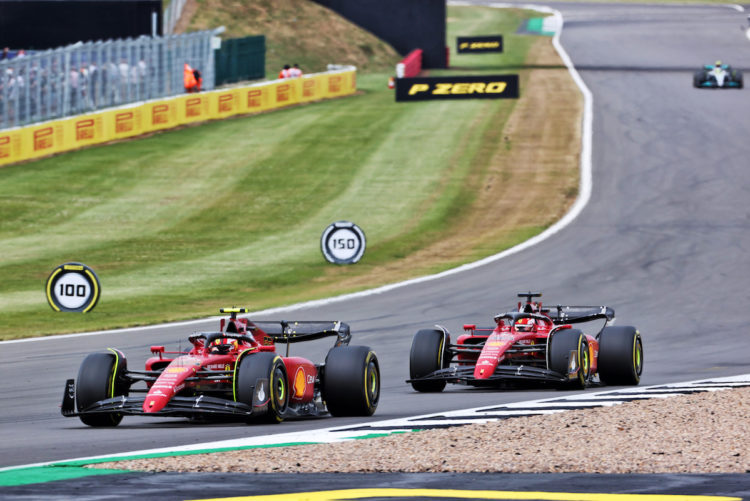 Ex-Ferrari Formula 1 driver Jean Alesi believes the team’s 2022 season is not as poor as it seems, despite its faltering title bid.

Ferrari appeared strong in the early stages of the campaign, winning two of the opening three races.

However, on-track mistakes, reliability issues, and questionable strategy calls have seen it drop away in the title fight, with Red Bull holding a 97-point lead in the Constructors’ Championship.

Similarly, Max Verstappen has an 80-point margin over Charles Leclerc in the Drivers’ standings.

Despite its disappointing position relative to the energy drink-backed outfit, Alesi says the year hasn’t been so bad for Ferrari.

“It’s not such a bad season for them,” Alesi told Give Me Sport. “Because the last few years they had a very bad car and a bad season.

“They hardly got on the podium, then last year, they recovered a bit. And now with these new regulations they came out with a rocket car [which is] very competitive everywhere.

“But, of course, we are in the middle of the season, and now we can make the kind of judgement on what’s happened.

“And they have had the moments where they made the wrong decision on the wrong moment. And you see how much a small mistake can be a big effect on the bad side.”

Ferrari last won a title in 2008, and since then, Red Bull and Mercedes have enjoyed dominant stretches in the sport.

Alesi asserts that it will take time to build a team that’s worthy of dethroning those who have consistently competed at the front of the field across the last decade.

“What I have to say is it’s more important to have a fast car, and then to fine tune the team, because this team [has gone] a long time without winning the championship and they are building a group,” he said.

“And they are fighting with a group like Mercedes, or, obviously, Red Bull, who in the last 12 years, they have won everything and so this fine tuning to be competitive, not only with the car, but also on the racetrack, we will take time.”