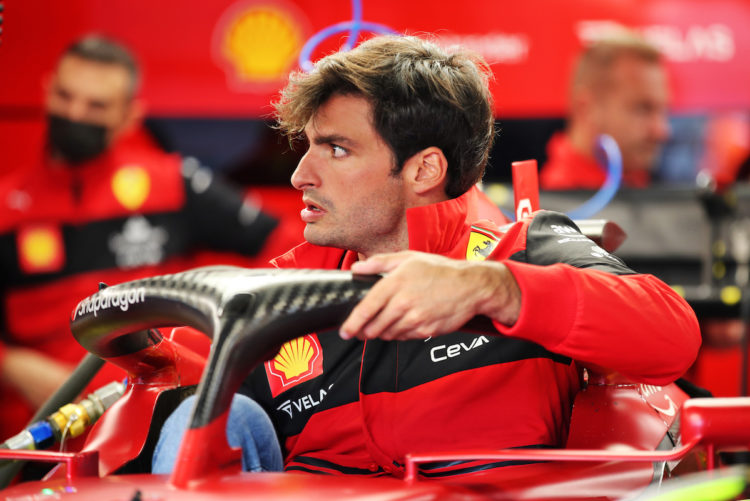 Carlos Sainz says that he is reluctant to try out historic Formula 1 cars out of fear of damaging them.

Drivers often get behind the wheel of old F1 cars at display events or during grand prix weekends to provide a show for the attending fans.

Sebastian Vettel got behind the wheel of Nigel Mansell’s 1992 championship-winning Williams car in Silverstone earlier this year, while Sainz’s Ferrari team-mate drove Niki Lauda’s 312 B3 at Monaco.

Leclerc was taking part in a historic race, however a brake issue saw the Monegasque driver spin into the wall.

Sainz admits that he is not willing to risk inflicting damage on the cars.

“I had the opportunity to [test an old Ferrari] in the past,” said Sainz. “It always gives you a vision of how the sport was a long time ago.

“I’m in two minds with it because why would you risk it? Like, why? You’re in the middle of a Ferrari championship-winning chance.

“Why would you risk having this situation like happened to him [Leclerc]?”

Sainz added that he is unable to drive the car half-heartedly, insisting it is in his nature to push any challenger he has to the limit.

“But at the same time, when else are you going to have this opportunity to drive these cars? So, every time I jump in a classic Formula 1 car, I have these things in my head.

“And if I’m jumping in a car, I’m going to push it. I don’t know how to jump in a car and put the elbow out and drive around. I have no idea how to do this.

“I can only jump in and feel it and feel how these cars felt, so every time I’m going to jump in, I’m going to push the car. And these things can happen.”