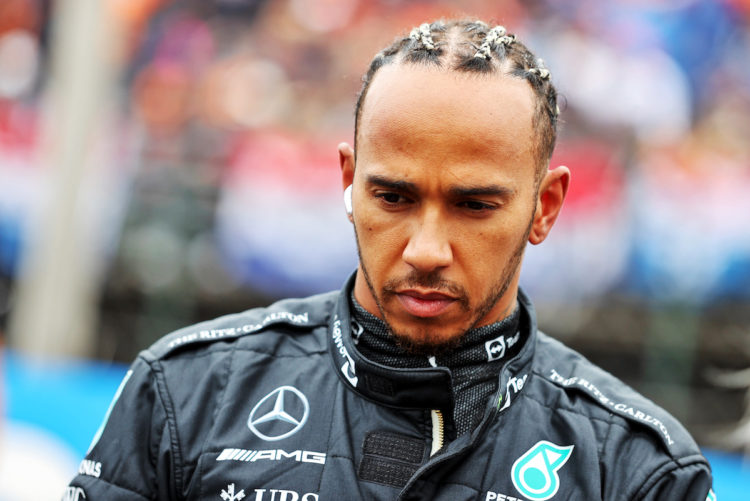 Seven-time Formula 1 World Champion Lewis Hamilton has revealed that he turned down an offer to have a role in the Top Gun: Maverick movie.

Hamilton, who is currently in his 16th season of competing in F1, is known to have various interests outside the world of racing.

These include music and fashion, however he has also dipped his toes into the movie industry with cameo appearances in the Zoolander and Cars franchises.

However, Hamilton recently received an opportunity to be part of the new Top Gun movie, which has been one of the most successful releases this year.

Hamilton says that he is a friend of Tom Cruise, who offered him a role as one of the jet pilots in the movie.

But due to scheduling conflicts with F1, Hamilton was forced to inform Cruise that he wouldn’t be able to be a part of the movie.

“Basically I’m a friend of Tom [Cruise],” the Mercedes driver told Vanity Fair. “One of the nicest people you’ll ever meet. He invited me to his set years ago when he was doing Edge of Tomorrow, and then we just built a friendship over time.

“When I heard the second one was coming out, I was like, ‘Oh, my God, I have to ask him’. I said ‘I don’t care what role it is. I’ll even sweep something, be a cleaner in the back’.

“I’m a perfectionist,” he added. “There just wasn’t time.”

Hamilton said that letting Cruise know that he had to turn down the offer was  “the most upsetting call that I think I’ve ever had”.

Hamilton is working as a producer on an upcoming F1-related movie starring Brad Pitt, which will be released on Apple’s dedicated streaming service upon completion.