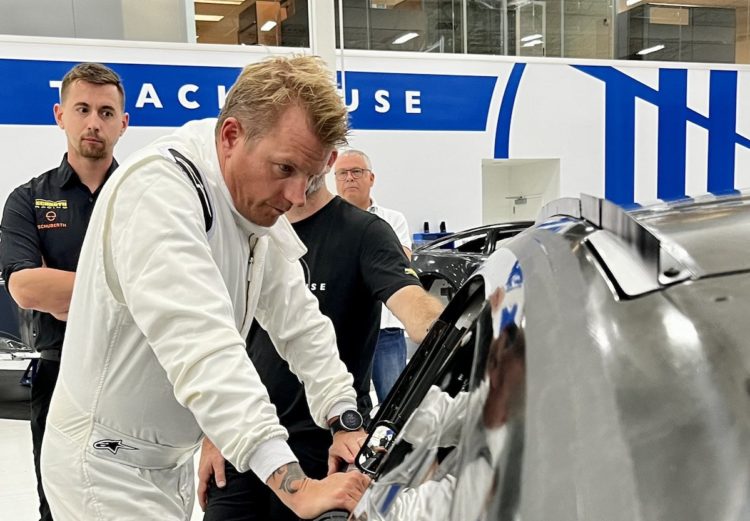 Kimi Raikkonen tested a NASCAR Next Gen car for the first time on Thursday, driving around the Virginia International Raceway.

Raikkonen will make his NASCAR Cup Series debut next weekend at Watkins Glen, the 25th round of the 2022 season.

The Finnish driver had an extensive career racing in Formula 1, currently sitting as the most experienced competitor in the sport’s history.

He racked up 21 grand prix wins in that time, and took the World Championship in 2007 with Ferrari.

Raikkonen decided to walk away from F1 at the end of the 2021 campaign, spending the last three seasons of his stint in the sport with Alfa Romeo.

The 42-year-old will be back behind the cockpit next weekend as he makes his first start in the NASCAR Cup Series.

Raikkonen has previous experience in NASCAR, however prior entries came in the Xfinity and Camping World Truck Series with Kyle Busch Motorsports.

This time around, Raikkonen is competing for Trackhouse Racing.

Raikkonen isn’t the only ex-Formula 1 driver to venture into NASCAR Cup Series racing in 2022 – earlier this year, Daniil Kvyat raced for Team Hezeberg at the Indianapolis Motor Speedway.

“I think that the speed and the race craft and adaptation to the track and the car is not going to be an issue at all.

“Just spending time with him in the shop, the way he was prepared when he first showed up here in America — not just 24 hours ago — he was asking questions about pit penalty at Michigan, he had questions about short pitting stages and how to work strategy backward at the road courses.

“He has really done a lot of work and preparation, and that’s not surprising to me because that’s what it takes to be as successful as he’s been in Formula 1 for so long.”

Raikkonen’s debut race, the official name of which is the Go Bowling at The Glen, will take place on August 21 at 15:00 ET.