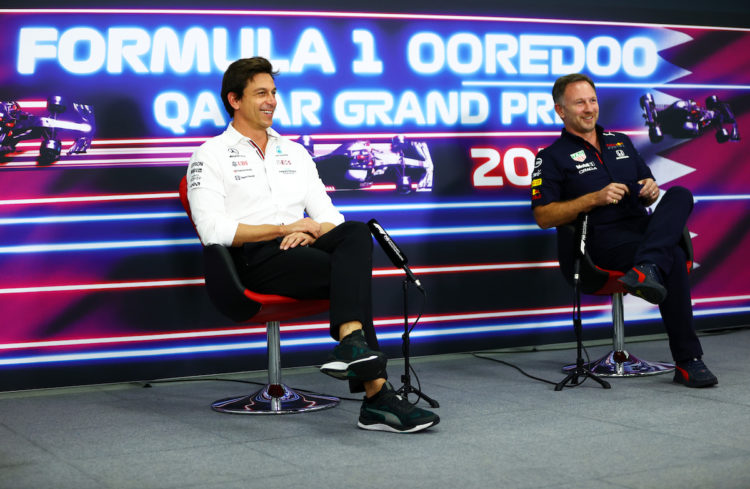 Red Bull and Mercedes were involved in a championship battle all the way to the Abu Dhabi finale last year, with the title decided in controversial circumstances.

The two parties had several spats throughout the year, with Horner and Wolff also sharing a rivalry as well as title protagonists Max Verstappen and Lewis Hamilton.

Horner denies that his competition with Wolff was personal, but says that he enjoyed putting Mercedes under pressure following years of domination in the turbo-hybrid era.

“It’s not personal in any way,” Horner told Sky F1. “Toto is Toto. He’s done a phenomenal job with Mercedes.

“He’s obviously come into the sport from a very different background to me, he’s very much from a financial background.

“And it is very easy to pull his chain, and you can see it. Sometimes it affects him.

“So of course when you’re competing, and last year was so intense and of course it was the first time he’d ever been in that situation, it’s always interesting to see how people react.

“When they’re smashing headphones, you can see that you got to them.”

Horner has been head of the Red Bull team since it arrived in F1 as a Constructor in 2005, while Wolff has been part of the Mercedes team since 2013.

When asked if he was a better Team Principal than Wolff, Horner said: “That’s not for me to judge.