Schumacher: I was strong in F1 before points breakthrough 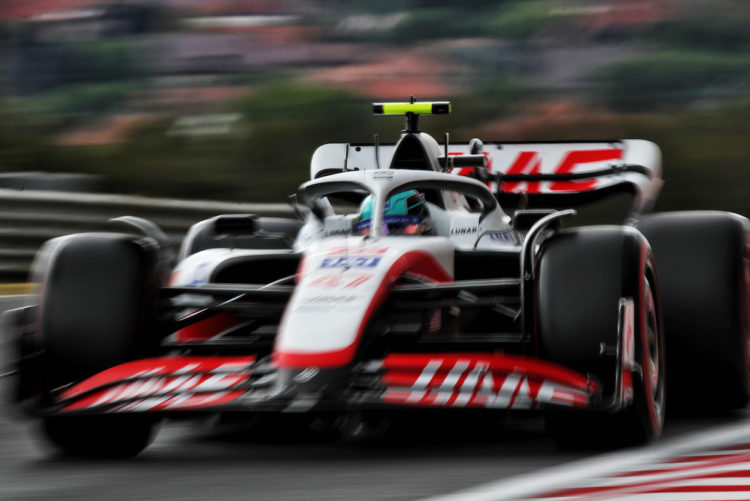 Mick Schumacher asserts that he was performing at a high level prior to scoring the first points of his Formula 1 career at Silverstone earlier this year.

The Haas driver crossed the line in eighth place at last month’s British Grand Prix, before following the result up with a run to sixth in Austria.

Schumacher endured a difficult start to his second campaign in F1, as he was out-paced by team-mate Kevin Magnussen and was involved in sizeable shunts in Saudi Arabia and Monaco.

Despite showcasing an improved form as of late, Schumacher says that he was driving at a high level prior to his breakthrough into the point-scoring positions.

“I think we were quite already strong already before [scoring points], it was just a matter of sometimes it not [being] shown,” Schumacher said.

“If we look back, if you look into detail, we obviously have all the details other people don’t. We see a very strong way forward – Miami for example, even Canada.

“I feel like we’ve been somewhat unlucky at places, Silverstone and also at the Red Bull Ring have been quite lucky.”

Schumacher’s racing plans for 2023 have not yet been confirmed, and it is believed that there is a chance that the 2020 Formula 2 champion may not race for Haas next year.

With his F1 future still in the air, Schumacher says that he knows that he performs better when under pressure.

“I think the beginning of the year [2022] was quite tough, probably in one way because we were still thinking about how last year’s stuff worked,” he said.

“Maybe we tried to adapt too much of it to this year. Once we kind of figured out that maybe it’s not the right way, we started changing, the driving changed, the approach changed a bit.

“But I think what we can really take away from that is I enjoy pressure, it seems like I always have.

“If I looked back in Formula 3 or Formula 2, it was always when I had the most pressure that I performed the best.

“We’ve had a couple of good races, I’m hoping to have a couple more this year. The work hasn’t stopped.”