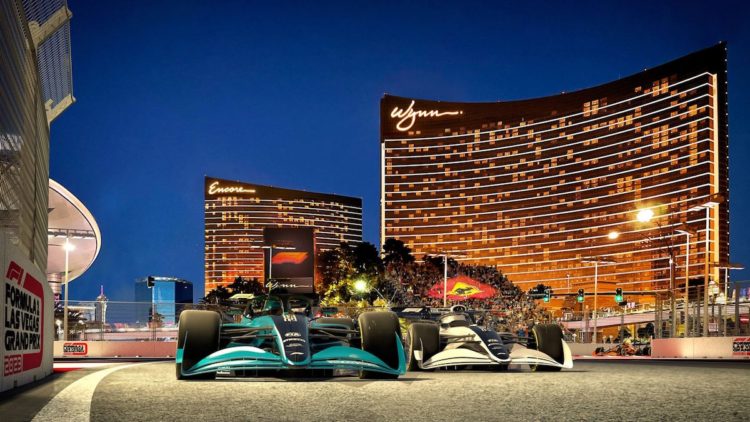 Las Vegas will join the Formula 1 calendar next year following a glitzy announcement earlier this year, but there was no indication of where the race will slot into the 2023 schedule other than ‘November’, but an exact date has now been leaked.

The race, which will take in the famous Las Vegas Strip, will be the first Saturday grand prix since 1985 and is to be held on November 18 according to a leaked document online, which also outlines expected start times.

Although the 2023 schedule hasn’t been released yet, it’s likely the race will form a double-header with the season finale Abu Dhabi GP, which holds a clause in its contract to finish the season.

The letter, which was sent to the Las Vegas Convention and Visitors Authority, suggests a start time of 10pm local time, which would mean a 6am start on Sunday for viewers in the UK, 7am for much of Europe and 5pm for those in Melbourne/Sydney Australia.

F1 had previously mooted the idea of grouping races by continent, but it’s believed Miami, Austin and Las Vegas will all remain separated on the calendar, with Miami holding an early season date similar to this year when it debuted as round five in early May.

Austin will likely keep its late-October date meaning the F1 circus would head to Mexico after, followed by Brazil and then Las Vegas.

A five-year deal has been agreed with organisers in Las Vegas, keeping it on the F1 calendar until at least 2027.

The sport itself is making a major investment in the race after purchasing a plot of land for $240 million (£198m) to build a permanent pit and paddock complex, which will span the same length as three football fields (around 270m).

“I would note that Liberty Media did enter an agreement to acquire 39 acres east of the strip to lock in circuit design and create capacity for the pit and paddock, among other hospitality and race support venues,” said Liberty Media CEO Greg Maffei.

“I expect that transaction will close in the second quarter, and the purchase price was $240 million, which will be funded by cash on hand at the F1 group level.”