Coulthard expects Leclerc to transform into ‘the real deal’ 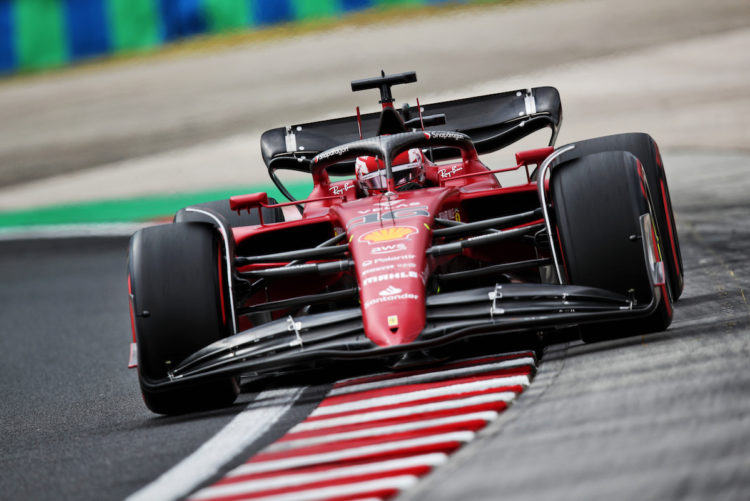 Ex-Formula 1 driver David Coulthard says Charles Leclerc will become the “real deal” once he grows out of making mistakes.

Leclerc is currently in his fifth season of F1 and his fourth with Ferrari, having linked up with the Scuderia outfit at the start of 2019.

However, this season, Leclerc possesses the most competitive car he has had to date, and looked to be in a strong position to win the title in the early stages of the 2022 campaign.

After the Australian Grand Prix, Leclerc held a sizeable 37 point lead in the championship.

But a series of strategic mishaps from Ferrari and on-track errors from Leclerc has seen Red Bull’s Max Verstappen’s lead at the top of the Drivers’ standings grow to 80 points.

Leclerc’s most notable error came at the French Grand Prix last month, when he spun into the barrier from the lead of the race.

The Monegasque driver has been critical of himself over the incident, which Coulthard says is of little surprise to him: “I wasn’t surprised because that’s been part of how he’s been his whole time in Formula 1,” he told Channel 4.

“Go back to Azerbaijan [2019] in the Ferrari, popped it into the wall at the chicane and said ‘I’m so stupid, I’m so stupid’. He’s not stupid, he’s a brilliantly fast racing driver.”

Coulthard drew a comparison to Verstappen’s career, who is now a polished racing driver after a series of on-track errors in the early stages of his stint in F1.

“He’s still maturing in front of the public eye, under the biggest pressure in Formula 1, that’s representing Ferrari. It’s more than a racing company, it’s a country, it’s a worldwide tifosi,” Coulthard said.

“Once he’s ironed out those little errors – and let’s remind ourselves Max Verstappen made errors like that in his early career – he will be the real deal.”