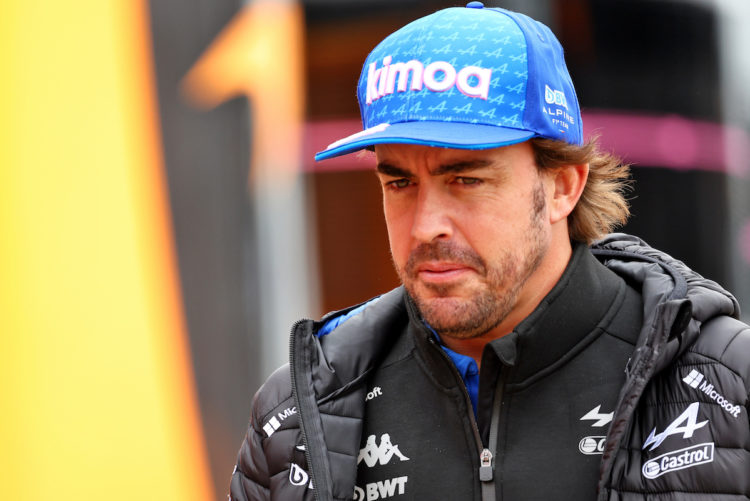 Alonso announced earlier this week that he would be leaving Alpine at the end of the season to join Aston Martin on a multi-year deal, replacing Sebastian Vettel who will retire come the conclusion of the current campaign.

It was a move that surprised many, however it is believed that Alpine only wanted to extend the 41-year-old on a one-year deal, opposed to the multi-season offer he received from Aston Martin.

READ MORE: Alonso and Aston Martin – what to expect? | Is Alonso eyeing up a future Mercedes F1 switch?

Writing in his column for Sky F1, Brundle also suggested that Alonso wasn’t impressed by how he was treated on the track by team-mate Esteban Ocon.

“The timing of his [Vettel’s] video retirement declaration made even more sense when Fernando Alonso was surprisingly announced as taking his seat on Monday morning.

“It appears that Alpine couldn’t or wouldn’t offer Alonso a two-year deal, and his Aston Martin deal is officially described as multi-year.

“He’s also been fairly underwhelmed at how punchy his team-mate Esteban Ocon has been towards him in combat at Alpine rather than turning all their guns on their rivals.”

Aston Martin is currently investing heavily in its F1 future, and believes that Alonso will be a driving force behind its progression.

“Fernando is a force of nature on and off the track and he will push the team very hard. He’s mellowed a little these days but there could easily be fireworks as he joins the Stroll family ‘firm’.

“I remember interviewing Fernando on the 2018 Abu Dhabi grid and he was very convincing that it really was the end of his F1 career, but now he’ll be on the grid until at least the end of 2024 at the age of 43 and with 400 F1 races under his right foot. Extraordinary.”