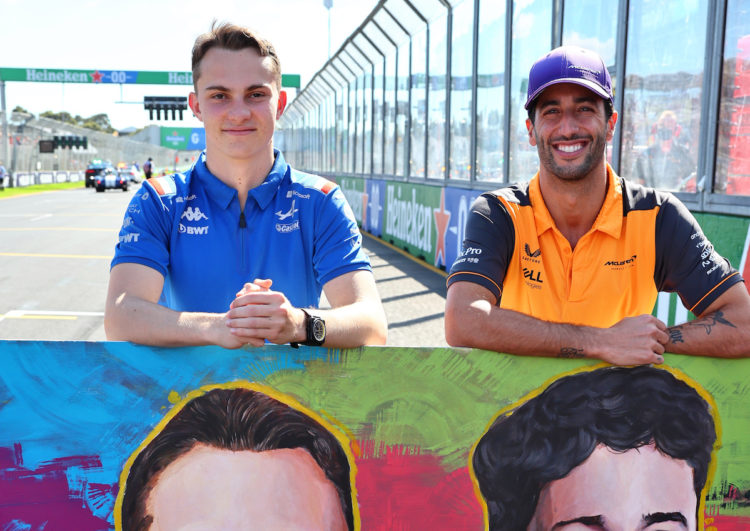 Oscar Piastri is set to replace Daniel Ricciardo at McLaren for the 2023 Formula 1 season, according to various reports.

Earlier this week, Piastri denied that he would compete for the Alpine Formula 1 squad next year after the team stated it had promoted him to a full-time race seat.

It led to speculation that Piastri had an agreement to race elsewhere on the grid, with McLaren listed as the most likely spot.

READ MORE: Dissecting the Alpine mess, and what could happen next

Daniel Ricciardo has underperformed at the team since joining in 2021 and has largely been out-paced by team-mate Lando Norris during his stint.

Autosport reports that Ricciardo has been informed by McLaren that it intends to replace him with compatriot Piastri for next year.

Piastri won the 2020 Formula 3 championship before triumphing again in the 2021 Formula 2 season.

He took on the role as Alpine’s test and reserve driver for the 2022 campaign after being unable to find an F1 seat, ahead of an expected promotion to F1 in 2023.

While the move to F1 was rumoured for some time to be with either Alpine or a loan-type deal elsewhere on the grid, that promotion may now come with McLaren.

It would be a major setback for Alpine, who has also lost two-time F1 World Champion Fernando Alonso to Aston Martin for next year.

The news leaves Daniel Ricciardo’s future in F1 in uncertainty, however he is a candidate to take the vacancy at Alpine alongside Esteban Ocon.

Ricciardo raced for the Enstone-based squad in 2019 and 2020 when it competed under the Renault guise – however Autosport also states that he left senior management unhappy when he jumped ship to McLaren for 2021.

Ricciardo has won eight grands prix during his time in F1, which began midway through the 2011 season with the now defunct HRT outfit.

His latest victory came at last year’s Italian Grand Prix, where he ended McLaren’s nine-year streak without a race win in the sport.