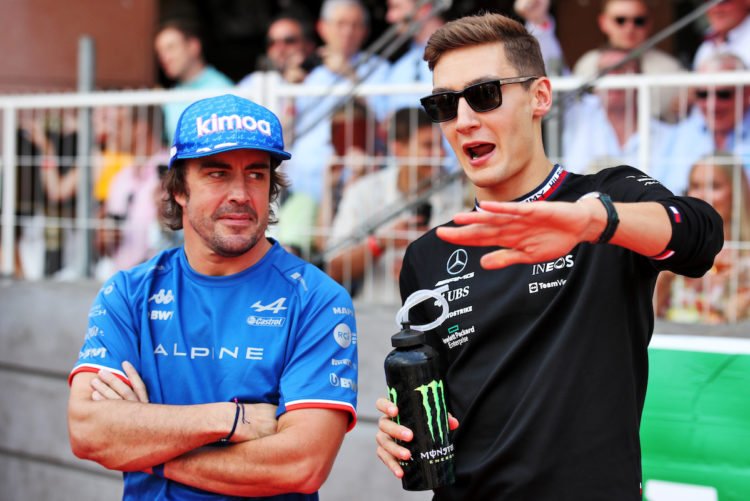 Last week, Fernando Alonso provided a shock twist to the driver transfer mill, as he announced that he would leave Alpine and join Aston Martin in 2023.

Alonso returned to Formula 1 last season, linking up with Alpine for what was his third stint at the Enstone-based squad.

However, his swift departure came as a surprise to many, as the two-time F1 champion takes the seat left vacant by Sebastian Vettel, who will retire at the end of the 2022 campaign.

Alonso has been eying up a third F1 championship for some time now – and Aston Martin may not be the team that the Spaniard sees potential success at.

Aston Martin runs the Mercedes F1 Power Unit, while the two companies have close ties in the automotive industry.

Sky F1 pundit Ted Kravitz has suggested that Alonso may be looking at a switch to the Mercedes team in case Lewis Hamilton retires.

Hamilton has a contract in place that expires at the end of the 2023 campaign.

“What it also does do is reunite Fernando with the Mercedes engine family, which I think is an interesting angle,” Kravitz said.

“Fernando hasn’t been powered by Mercedes since he left McLaren the first time round under a bit of a cloud 15 years ago. So this would have needed a sign-off from Toto Wolff, which it obviously got.

“Is it ridiculous to think that Mercedes wanted Fernando back in their family just to see what he was like?

“Should Lewis decide he was to leave for whatever reason, and they need a World Champion to put alongside George, would it not be the end of the world if Mercedes had a bit of visibility in what Fernando was like, even as a 41-year-old?

“You might have thought that was unlikely, but as this announcement proves – anything is possible in F1!”

Aston Martin currently sits ninth in the Constructors’ Championship, but is investing heavily in its F1 future, with a brand new factory under construction at Silverstone.