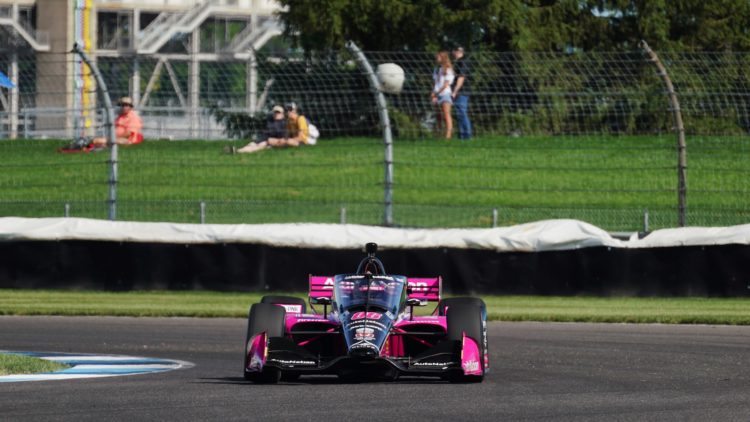 Castroneves will start six places behind where he qualifies this weekend. Photo: Kevin Dejewski

IndyCar has announced that Helio Castroneves will receive a six-place grid penalty for an unapproved engine change ahead of this weekend’s Music City Grand Prix.

The veteran’s Meyer Shank Racing Team has supplied him with this season’s fifth engine for the race, which is more than allowed by the regulations.

Castroneves did not suffer an engine failure in the previous round at IMS, and information is not immediately available as to why the engine was changed early.

Unapproved engine change penalties are relatively common as the series enters the final races of the season, and generally one or two drivers fall afoul of the four-engine limit by time August arrives.

A secondary effect of the engine change means that the #06 entry will no longer accrue engine manufacturer points, which count towards a final tally against its engine rival Chevrolet.

Castroneves will be allowed to take part in qualifying and advance as normal, but he will drop three rows back from where he qualifies on Saturday for the green flag on Sunday.

The first practice session for the Music City Grand Prix from the streets of Nashville takes place at 4:30PM Eastern Time on Friday, with the race beginning at 15:00PM on Sunday.