Schumacher: Vettel will leave a ‘huge hole’ in F1 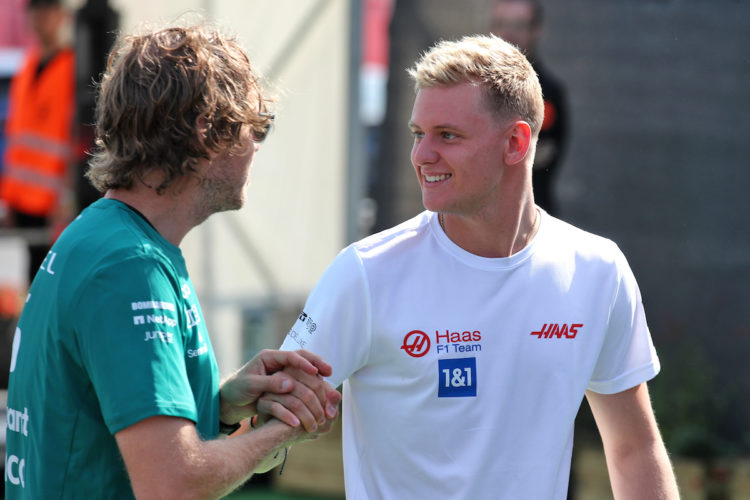 Mick Schumacher says that German compatriot Sebastian Vettel will leave a “huge hole” in Formula 1 when he retires from the sport.

Vettel announced last week that he would walk away from F1 at the end of the 2022 campaign, bringing an end to a 15-year career in the category.

Vettel is one of the most successful drivers the sport has ever seen, winning four World Championships and 53 grands prix in his career.

Schumacher shares a close bond with Vettel, while Vettel had a close relationship with Mick’s father Michael.

Speaking in Hungary about Vettel’s impending retirement, Schumacher said: “Of course, I’m very sad on one side.

“He’s obviously going to leave a huge hole in the sport. He’s such a character in Formula 1, he’s such a special person but also such a likeable person. I’ll miss him very much.”

Schumacher stated that he will miss Vettel more than in the sense of sharing a race track with him throughout a grand prix weekend.

“It’s much more than just the racing side, being able to go visit in the evenings, have dinner with him, that’s what I’m really going to miss,” he said.

“He’s just someone I’m able to talk to in my own language, he’s a racing driver too. He’s going to be super, super missed by everybody, but especially by me.”

Schumacher is currently in his second season of F1 with Haas, and his racing plans for the 2023 campaign have not yet been confirmed.