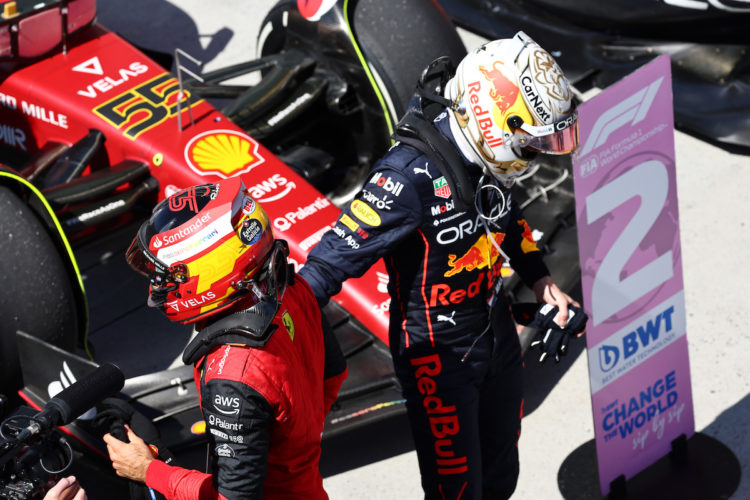 Carlos Sainz admits that Ferrari will likely need an unreliable Red Bull car if the Italian squad wishes to challenge for the Formula 1 title this season.

Ferrari’s championship hopes have been dented in recent weeks, with Red Bull pulling out a sizeable gap in both the Drivers’ and Constructors’ tables.

Red Bull has won the last two grands prix, while Ferrari has endured difficult events – Charles Leclerc crashed out of the lead in France, and he was placed on a sub-optimal strategy from the head of the pack in Hungary.

Reliability issues plagued Red Bull at the start of the 2022 campaign, however it hasn’t been badly affected of late.

Although Sainz asserts that Ferrari won’t give up on the title until it’s mathematically impossible, he said prior to the grand prix in Hungary that it may need help from Red Bull to achieve it.

“I think it is clear for Ferrari what we need to do, which is to win those races that Max wants to win,” Sainz said.

“Because obviously getting those 25 points makes quite a big difference in the point swing. I think there’s still a lot of things that could happen up there at the front.

“I think there’s always a great battle going on between the two teams, which is going to keep going until the end of the year.

“It is true that maybe at some point we need a bit of help from Red Bull in reliability or DNFs but even without those, statistically if it’s open, its open, and you cannot give up.

Ferrari is currently 97 points behind Ferrari in the Constructors’ Championship, while Verstappen possesses an 80-point lead over Leclerc in the Drivers’ standings.