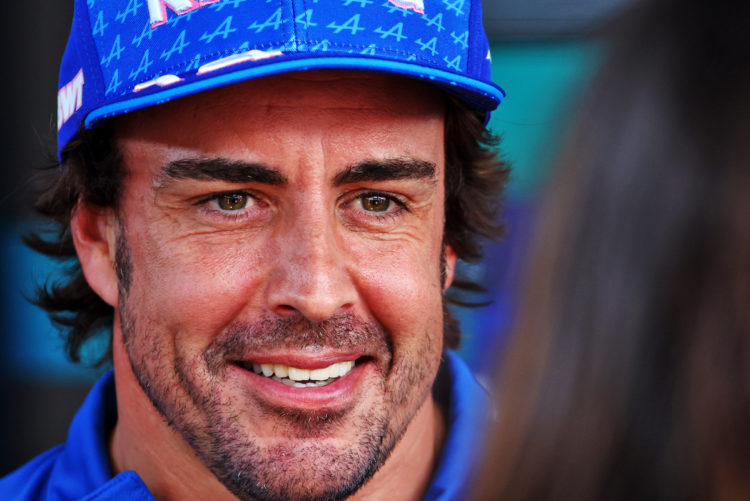 The Silverstone-based outfit announced on Monday that it had signed the two-time World Champion to a multi-year deal.

Alonso is replacing Sebastian Vettel at the outfit, as the German has opted to retire from the sport at the end of the 2022 campaign.

Aston Martin currently sits ninth in the Constructors’ Championship, with Alpine several positions ahead in fourth.

Massa, who partnered Alonso at Ferrari for a number of seasons, admits that he was surprised by the Spaniard’s decision to depart Alpine.

“Fernando is an amazing driver, I had the chance to be team-mates with him for a long time at Ferrari,” Massa told the Sky F1 show Any Driven Monday.

“I learned a lot from him. He’s, in my view, one of the best drivers in Formula 1. It was a little bit strange to hear that decision, to sign with Aston Martin.

“The most important thing for Fernando is to have a competitive car, to show what he’s able to do.

“But I don’t think if things stay the way they are now, Fernando fighting for 10th, 11th, 12th position, I don’t think it will be really interesting for him.”

Massa also says that one of Alonso’s biggest issues is creating a divide within the garage of any team that he joins.

“He’s very talented, he’s very intelligent. He understands a lot how to be quick in one lap for qualifying, he’s one of the quickest drivers in qualifying,” Massa said.

“But he’s also very, very consistent during the race. He understands how to manage the tyres in the right way, to speak with the team.

“The only problem he has he splits a team in the middle. I never had any problem working or talking with him, but he always managed to put everything on his side and split the team a little bit in the middle.