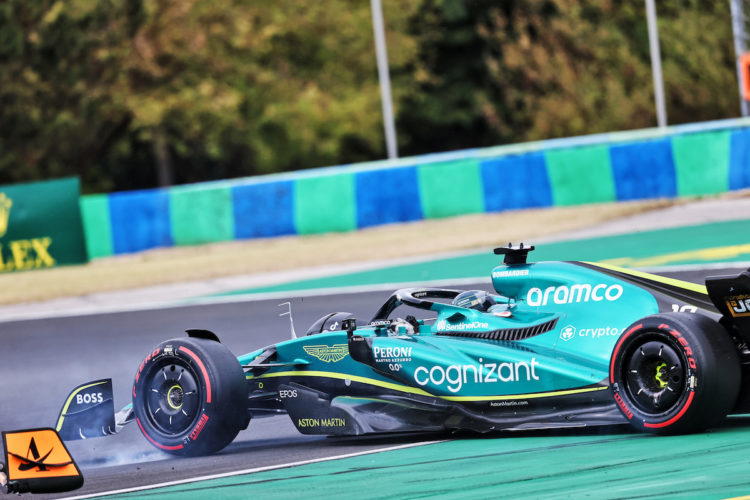 Daniel Ricciardo says he has apologised to Lance Stroll after making contact with the Aston Martin driver at the Hungarian Grand Prix.

The pair made contact when Ricciardo locked up on the run into Turn 2, which sent the Canadian driver into a spin.

Ricciardo was deemed at fault for the incident and was issued a five-second time penalty, as well as two penalty points on his Superlicence.

The McLaren driver was one of only a few competitors that made the switch to the Hard compound during the race, which offered the drivers little performance.

Ricciardo says that his struggles with the white-walled compound led to the contact with Stroll.

“The Hards were horrible. I think the Softs as well at the start fell away really quickly,” he said.

“I think the only tyre that we were able to do a little bit on was the Medium in the middle of the race. But yeah, coming out on the Hard was like ice.

“Obviously I had the contact with Lance as well. It was one of those where I tried to do what I could to not hit him. It just locked so early.

“I apologised to him for that, but yeah, we were just slow. And then you get blue flags and you never get temperature in the tyres as well.”

When asked about the incident, Stroll said: “It was annoying for sure, but it happens. It’s racing.”

Both Stroll and Ricciardo missed out on points on Sunday, crossing the line in 11th and 16th respectively.