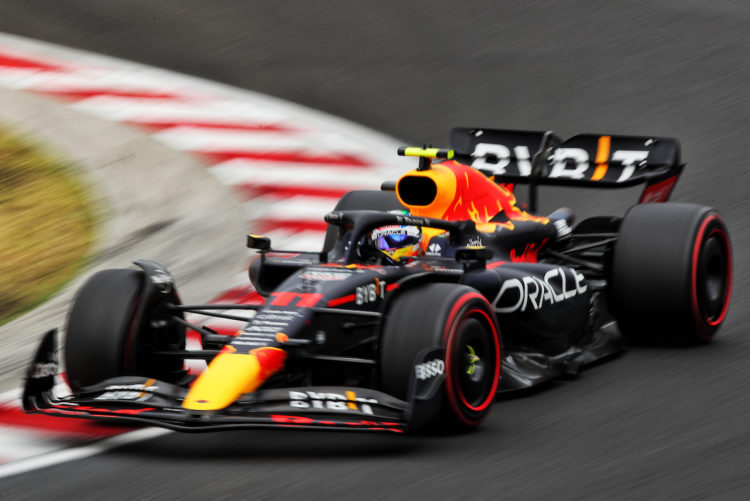 Marko accused Perez of going on “summer break mode” amid a run of underwhelming performances.

“I made a joke to Helmut the other day, I said ‘I think Checo’s gone on holiday already’, and he went and told all you guys!” Horner laughed to Sky F1.

However, Horner is confident that Perez would’ve been challenging for a spot on the podium if not for the late Virtual Safety Car intervention following an on-track stoppage for Valtteri Bottas.

“Look at Checo’s race in the second half today,” Horner said. “Without that VSC, he would’ve been challenging for the podium in the closing stages of both George [Russell] and Carlos [Sainz]. He was coming very, very quickly.

“I think a reset over the summer break, just to understand what’s not gone quite right for him at the last couple of races [is needed], he’ll come stronger from Spa onwards.”

Perez’s team-mate Max Verstappen won the race in Budapest, securing his eighth win of the 2022 campaign.

After a difficult day on Saturday, Horner says that Red Bull sniffed the opportunity for the win when it saw Ferrari switch Charles Leclerc to the Hard tyre.

“The Soft tyre went much further than we thought, at that point we committed to a two-stop and went Soft-Medium-Medium,” Horner said.

“I think the key moment for the race for us was obviously as soon as we saw Charles go on to the Hard tyre.

“As soon as the white-walled tyres came out, we thought ‘we’ve really got a chance now’.

“Checo was fantastic, he was on a different strategy, he let Max immediately get onto the back of Charles to make that pass.”