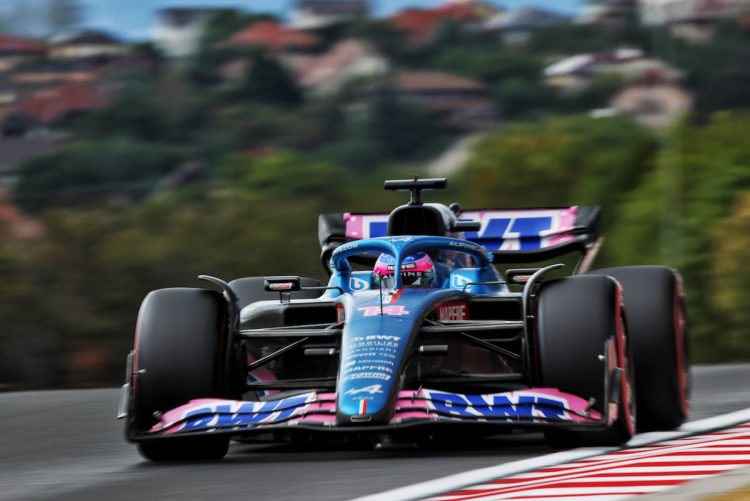 Alpine has released a statement after Fernando Alonso announced that he would leave the team at the end of the 2022 season.

The Spaniard will join Aston Martin next year, signing a multi-year agreement with the Silverstone-based squad.

Alonso has raced for Alpine since 2021, returning to the sport after sitting out the 2019 and 2020 campaigns.

It marked his third stint with the team, after he competed for it under the Renault name from 2003 to 2006 and again in 2008 and 2009, winning two World Championships in that time.

Alonso returned to the podium with Alpine at last year’s Qatar Grand Prix, crossing the line in third place.

It was his best result since he departed Ferrari at the end of the 2014 season.

Taking to social media on Monday morning, Alpine said: “We wish Fernando the best for his future in Formula 1.

“Fernando has always been, and always will be, part of the Renault and Alpine family and we’re proud and privileged to have shared so many on-track moments together.

“We look forward to finishing the remainder of the 2022 season with Fernando in blue, and we’ll keep pushing to the maximum until the final lap in November.

“The team will announce its driver line-up for the 2023 Formula 1 season in due course.”

It is expected that Oscar Piastri, who is Alpine’s test and reserve driver, will replace Alonso at the team next year.

Piastri won back-to-back championships in Formula 3 and Formula 2 before taking to the sidelines this year.