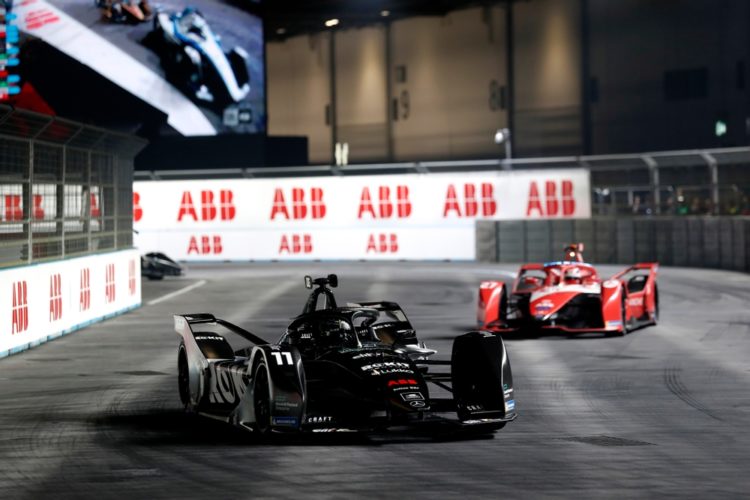 It was a strategic win for the ROKiT Venturi Racing driver, who managed to get the better in the battle against Polesitter Jake Dennis beating him to his own game.

After a strong showing in Qualifying, Lucas Di Grassi took the win from Jake Dennis making the best use of the last round of Attack Mode – going for the strike when he knew the Andretti driver was running out of battery and would have not been able to fend him off.

Nyck de Vries finished third on the podium, with teammate Stoffel Vandoorne in fourth after a strong recovery drive.

Mitch Evans was up to P4 himself before a technical issue took him out of the race, costing him 12 more points in the title battle.

Vandoorne’s lead increased over Edoardo Mortara and Jean-Eric Vergne, too. The Venturi driver was unable to score points and finished the race in P13, while Vergne had to retire early on after sustaining significant damage in the opening lap.

His teammate Antonio Felix da Costa was able to score 10 points for DS Techeetah with a solid P5 result, with e.Dams Sébastien Buemi right behind him in P6.

Robin Frijns and Sam Bird were both able to score points too, finishing the race in seventh and eight position. Behind them, Sergio Sette Camara’s scored his first points for Dragon/Penske, too; only 2, but after Round 13 and his fall back through the field from P4, the Brazilian driver was rewarded for his efforts.

Pascal Wehrlein grabbed the final point and rounded up the Top 10 in a race that was full of drama right from the start, and saw 7 drivers retiring before the chequered flag.