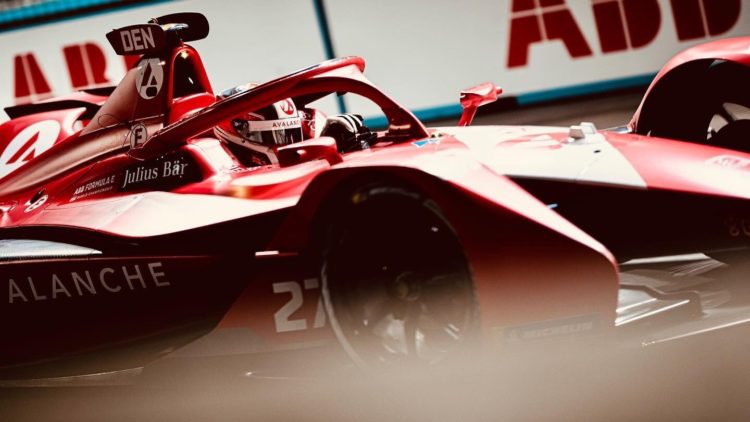 Jake Dennis’ second pole position of the season comes the day after he conquered the fist one. Mistakes and misfortunes made for a hectic Qualifying session, with Stoffel Vandoorne out of the Duels and Antonio Giovinazzi making it through the Semi-Finals and to P3 on the grid.

It was another pole for Andretti, after a tight Finals Duel with Venturi’s Di Grassi.

In the Semi-Finals, Dennis went against António Félix Da Costa and Di Grassi battled Dragon’s Antonio Giovinazzi – who despite losing out in the direct comparison, still managed to snatch P3 from Da Costa.

Nyck de Vries, Nick Cassidy, Sébastien Buemi and Oliver Askew all lost out in the first round of Duels. After making it through the Groups, a lock-up cost de Vries a spot in the Semi-Finals; the Dutch Mercedes driver will start the race in P5.

It was a harsher result for Askew, who crashed out of his Duel with Di Grassi, and fell behind in P8. Buemi lost out to Dennis for a P6 result, with Cassidy in P7.

The Group Qualifying saw the exclusion of all four title contenders – including championship leader Stoffel Vandoorne. The Mercedes EQ driver will start the race in 13th position, right ahead of main title rival Mitch Evans in 14th.

Jean-Eric Vergne managed to make it to the 10th slot on the grid after being knocked out of the Duels by Giovinazzi.

Edoardo Mortara was also excluded from the Duels, and will start the race in P17.

Round 14 of the London E-Prix will start at 3PM Local Time.