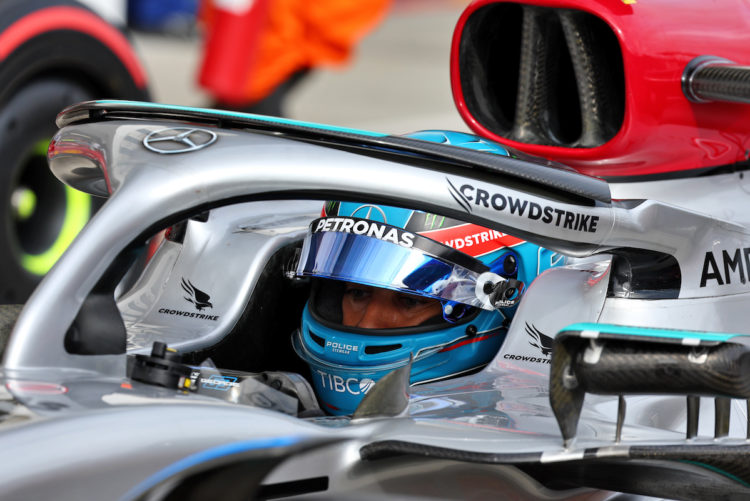 Russell prevailed in qualifying from Budapest on Saturday, taking the maiden pole position of his career and Mercedes’ first of the 2022 campaign.

Mercedes has struggled for pace throughout much of the year compared to front-runners Red Bull and Ferrari, as it started the sport’s new era under fresh technical regulations on the back foot.

However, minor improvements throughout the season has seen it take steps forward, with Saturday’s qualifying outing being the team’s best showing to date.

Although it has a sizeable gap to Max Verstappen and Red Bull in both championships, Wolff hasn’t ruled out a potential late-season challenge from Mercedes.

When asked by Sky F1 if it is still in the title hunt, Wolff said: “It’s so difficult to say, we [have] a very big points gap behind Max [Verstappen], like everybody else.

“But then you can see how it goes today when they are out of the fight at the front. We will never give up.

“We doubt all the time. We oscillate between depression and exuberance.

“That’s what makes the sport so tough, and on the other side, so exciting. I wouldn’t discount anything if we are able to win tomorrow.”

The Brackley-based squad is yet to take a race win in 2022, however Wolff expressed confidence that the team can end its drought in Hungary.

“We were always off the pace on a single lap, now we are on pole. Let’s see what we can do with that tomorrow in the race.

“If we are able to have the pace there I believe that we are part of the fun and games at the front again.

“I think if we can maintain the position at the first and coming out of the first lap, [if] the driver has a solid race, some good stops, why not? We can win this.”